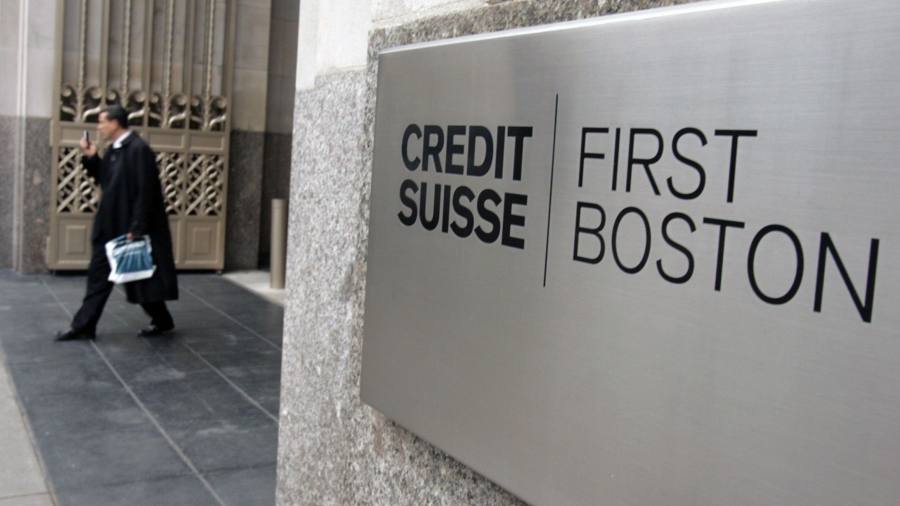 Credit Suisse has secured rights to the name “First Boston” in its push to spin off its investment bank. Can the new CS First Boston recapture the glories of the original? Wall Street financier Michael Klein, who will lead the unit, aims to reboot a brand that was once big on Wall Street and in the City of London.

He may not wish to revive the corporate culture. I knew CSFB back in the late eighties and early nineties. The atmosphere in the scruffy London office was of acrid aggression, with none of the blokery of BZW or Morgan Stanley’s élan. CSFB executives forsook their trading screens for press interviews with martyred expressions. The eminence grise of the place complained bitterly when one magazine reported that underlings called him “Alf” behind his back. This stood for Arrogant Little Fucker, supposedly. The banker cornered the red-faced editor. “I am not little!” he raged.

CSFB was a formidable capital markets operator, thanks to First Boston’s Wall Street footprint and Credit Suisse’s wealthy, secretive European client base. That points to two parallels with CSFB 2.0. First, the business would probably generate the majority of its revenue in the US, while retaining a foothold in Europe. Second, CSFB ancient and modern would have a penchant for supporting leveraged US transactions.

The business took hefty losses as US corporate debt spun out of control at the end of the eighties. Credit Suisse’s US arm stayed true to its junk bond roots, re-emerging as a key financier of buyouts after the financial crisis.

Private equity bosses are currently twiddling their thumbs while wondering who will write down portfolio values most. For this reason, bankers I straw polled on the prospects for the new CSFB mostly said of the timing: “This seems like a dreadful idea.”

My feeling is that the timing might be very good indeed — if you are Michael Klein. He plans to merge his Wall Street boutique into CSFB, which would keep a substantial stake. The erstwhile Credit Suisse board member has provoked justifiable criticism for identifying the best candidate to split off and run CSFB in his own shaving mirror.

More to the point, the bottom of the market looks like a sensible place to sink financial and personal capital into an independent investment bank. Credit Suisse is expected to contribute risk-weighted assets to the tune of $21bn. It will not be picky on the implicit valuation of these in any transaction to raise external equity. Within the Credit Suisse group, the investment bank is valued at approximately zero by the market.

The Swiss lender has been drifting chaotically in the wake of the Greensill and Archegos scandals. Its shares trade at 0.2 times tangible book value, an 80 per cent discount to sometime comparator UBS. The latter enjoys a high valuation partly because it scaled back its investment bank years ago. Belatedly, Credit Suisse is doing the same.

Not all of Klein’s projects have worked out. His Multiplan special purpose acquisitions company for healthcare triggered an ugly legal dispute, for example. But he knows plenty of big-name investors who could give the CSFB spin-off higher credibility. Around $500mn is already in the bag. More will be needed.

Big US investment groups such as Apollo, Blackstone, KKR or TPG might be interested. A distressed seller is always a lure. It may be possible to frame the CSFB deal as a partial buyout, with an initial public offering or trade sale as a lure a few years down the track.

IPO prospects would help Klein recruit and retain good bankers, substituting sweat equity for big bonuses the business could not afford. Jefferies analyst Flora Bocahut calculates that the ratio of cost to income would need to fall to 85 per cent. In the third quarter, it was an eye-watering 160 per cent.

US-listed independent investment banks are hardly a novelty. They include Evercore, Lazards and Moelis and are typically worth around $4bn on annual revenues of some $2bn-$3bn. CSFB might hope to join that group, albeit that, like Jefferies, it would take balance sheet risks.

There are a couple of big obstacles. First, trading would stay within the Swiss bank after primary markets had decamped. That would be a very odd division. Second, Credit Suisse might decide some time after a split that funding a bunch of high-maintenance financiers was not the best use of spare cash. Neither problem is insuperable. But overcoming them would take ingenuity and bloody-mindedness. In that respect, the pugnacious spirit of the old CSFB might prove very useful to the new CSFB, after all.