Europe’s next generation of weather satellites set for launch 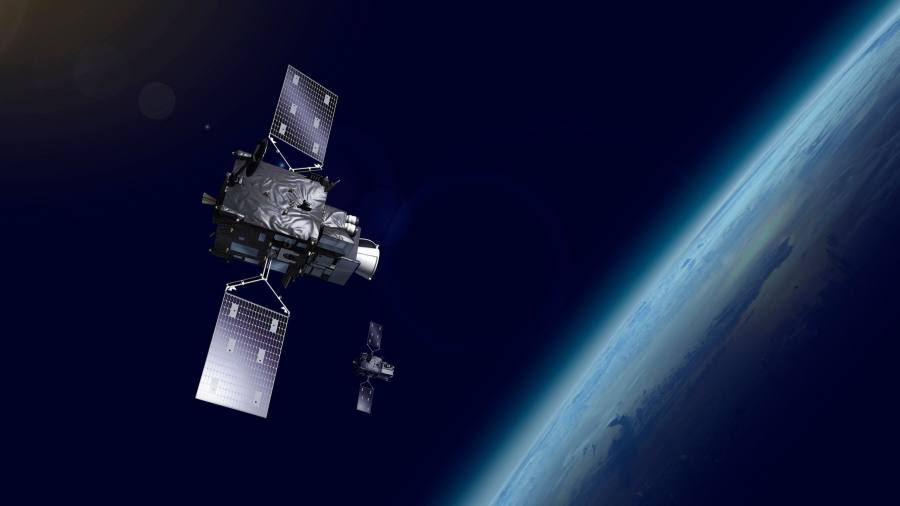 The first of a new generation of European weather satellites is to launch on Tuesday, aiming to provide 50 times more data than is currently possible so that meteorologists can increase the accuracy of their forecasts, particularly of imminent storms.

The €4.3bn Meteosat Third Generation (MTG) system will consist of three satellites in geostationary orbit positioned 36,000km above the equator over Africa. They will provide images of Europe every two and a half minutes, including the first comprehensive observations of lightning from space.

When fully deployed in 2026, the new satellites will provide 50 times more data than the current Meteosat Second Generation, which will remain in operation for several years.

“The purpose is to provide meteorological services with a vastly increased amount of more precise information which will help them protect lives, property and infrastructure,” said Phil Evans, director-general of Eumetsat, the 30-state European weather and environment satellite agency, which will operate the system.

Meteorologists are most excited by the boost that MTG observations will give to forecasting in the immediate future — up to two hours ahead. “Nowcasting”, as it is called, is critical for warning about severe weather, particularly intense storms, in time for the authorities to take remedial action such as evacuating people before floods hit.

“Local detail of storms is incredibly hard to predict even with the best computer modelling,” said Simon Keogh of the UK Met Office. So forecasting across very short timescales and distances depends mainly on the quality of rainfall radar and satellite observations.

Two of the new satellites will provide images of Earth’s weather systems. They will include a novel lightning imager that records all electrical discharges within clouds as well as strikes to the ground. The lightning data will be particularly useful for short-range storm forecasting, Keogh said.

The third spacecraft is a sounding satellite that will use infrared to provide three-dimensional profiles of the atmosphere from top to bottom over Europe, taking temperature and humidity readings every 30 minutes.

MTG is a collaboration between two pan-European intergovernmental organisations. The European Space Agency, which is in charge of the system’s development, is contributing €1.4bn while Eumetsat provides €2.9bn. The prime contractor is Thales Alenia Space, a joint venture of Thales of France and Leonardo of Italy, working with 70 subcontractors across Europe.

Eumetsat’s geostationary satellites are complemented by others observing from different vantage points, operated by the US, Japan, Russia, China, Japan and South Korea, For example the US has two operational satellites, one positioned over the Atlantic and the other over the Pacific.

In addition, polar orbiting weather satellites circle the Earth at a typical altitude of 800km, including Eumetsat’s two Metop craft. Because they observe from much closer to the surface, they provide higher resolution images but without the continuity that enables geostationary satellites to follow the development of individual storms.

Weather satellite operators exchange data freely, so the world’s met offices can feed global observations into their supercomputer models, which generate forecasts on timescales ranging from minutes to months.

Improvements in satellite data and computing capabilities have already led to significant increases in forecasting accuracy. The UK Met Office said its forecasts four days ahead are now as accurate as their day-ahead equivalents 30 years ago. Some 92 per cent of its temperature forecasts for the next day are now correct to within 2C.

MTG and other new-generation satellites will deliver substantial further advances in accuracy and better warnings of severe weather as they come on stream, with economic benefits running to billions of dollars on top of saving human lives and preventing suffering, Keogh said.