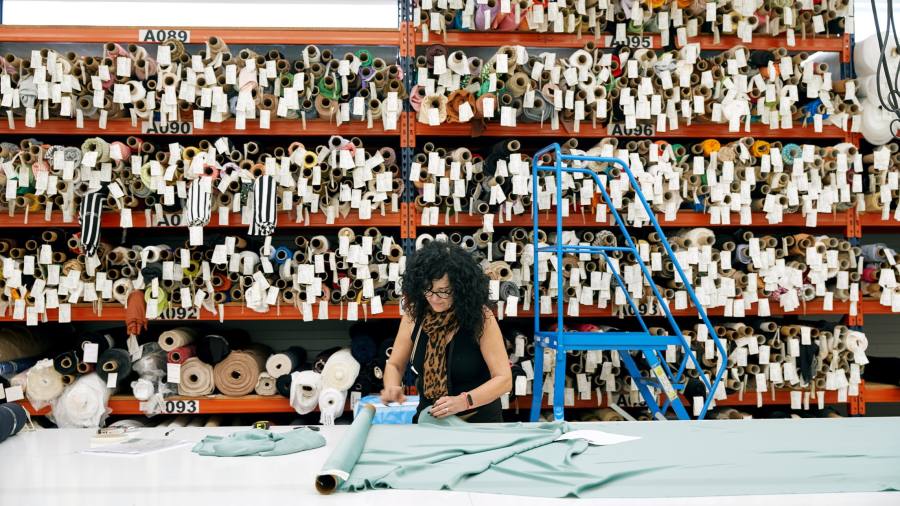 In 1970, a young Turkish immigrant named Isak Andic began importing blouses from the country of his birth to Spain, bringing something different to people living under a dictatorship. Aged 17, he traded them first as a wholesaler in Barcelona, then opened a store and also sold them from the back of a car he drove around the country. It was the start of a fashion business that 14 years later he would name Mango.

Today, Andic’s status as Mango’s sole shareholder has made him one of the richest people in Spain and his empire has expanded to about 2,600 stores worldwide. It continues to buy clothes from Turkey as well as 18 other countries. But the pandemic and a war in Europe, together with friction between Beijing and the west, are forcing a rethink of its supply chain and China’s central role in its operations.

Toni Ruiz, appointed as chief executive by Andic in 2020, said that globalisation had enabled companies to become “super efficient” in limiting production costs in tranquil times. “But in the end, what we’ve realised is that things can change from one moment to the next.”

He recalled recent shortages of Taiwanese microchips and the European car factories that were brought to a halt by the lack of a Ukraine-made wire harness. “The whole [supply] chain is only as strong as its weakest link,” he said.

In Mango’s case, the chain is mind-bogglingly complex. The retailer procures its glittery €40 party dresses, €15 T-shirts and €100 winter coats from 408 suppliers that own some 1,000 factories, three-fifths of them in Asia. Apple, which recently warned of disrupted supplies because of a lockdown revolt at a Chinese factory, has 180 direct suppliers.

“What we’re looking at is the extent to which all this global sourcing, developed over many years, might become more local,” Ruiz said. “We’re constantly mulling alternatives.”

Mango already exercises a lot of central control. No product reaches shoppers without first passing through its distribution centre north of Barcelona, where 75,000 items an hour swoop along a circuit of overhead rails to be sorted into a giant 170m-long wardrobe.

But during the pandemic, the company was in a constant scramble, dialling production up and down across Asia as Covid-19 outbreaks flared and faded in China, Vietnam, Bangladesh and India. Last year, a lack of container ships left its products stranded far from Europe. “In September, October, November, we were all praying that the weather wouldn’t be bad because we didn’t have any warm clothes,” Ruiz said.

There are specific issues in China, where Mango sources from 262 factories, starting with the zero-Covid policies that Beijing has this week begun to relax and strict visa and quarantine rules that deter business travellers. Then there are Beijing’s fraught relations with Washington and European powers, which Ruiz highlighted, and worries about potential conflict between China and Taiwan, which he described as “part of it all”.

“In this debate about whether 30 years of globalisation will continue or go backwards, the most important thing for us to follow in detail is the China issue,” he said. Asked if Mango would reduce the proportion it buys from the country, Ruiz replied: “I would say yes, but we’ll be very alert to how things evolve.”

Mango gains some freedom from the fact it has only six stores in mainland China and consumers there contribute little to total sales, which it predicts will this year surpass its 2019 record of €2.4bn.

Other brands have already moved more decisively. The US jeans maker Levi’s and UK bootmaker Dr Martens have been reducing their sourcing from China since before the pandemic.

Another factor forcing companies to reassess their exposure is Xinjiang, says Brian Ehrig, a supply chain expert at Kearney, a consultancy. Allegations of the use of forced labour in the region’s factories have led to legislation in the US, UK, Germany and elsewhere that pressures companies to eliminate potential links to abuse. “What we’re seeing more is that the path of least resistance is to move production out of China as quickly as possible,” said Ehrig. Mango said it had no Xinjiang suppliers and did not work directly with any other company in the region.

The retailer has alternatives to China through a twin-track supply chain. Asia is the “long distance” track, producing basics such as T-shirts that normally take six to eight weeks by ship to get to Spain. The “proximity” track comprises mainly Turkey and Morocco, where it produces its most fashionable outfits, all designed at its headquarters in Palau-solità i Plegamans in the Catalan countryside. Those products reach its distribution centre in four to six days, giving Mango the ability to ramp up production quickly to replenish supplies when an item is popular.

Turkey and Morocco play a similar role for Zara owner Inditex and are the obvious places for Mango to expand production closer to home. It also pointed to the potential of Romania, where it uses three factories. Ruiz said Mexico was an option in Central America as it plans to quadruple the number of stores in the US to 40 by 2024.

Luis Casacuberta, director of Mango’s women’s, kids’ and home businesses, said the company was looking for not only flexibility but “robustness”. Unlike carmakers, he said, that did not mean simply having a larger number of suppliers on hand. “We have a reasonable level of diversification already. What we are aiming for is the opposite. How do we build a much more solid base?”

Key to that, he said, was finding suppliers that already did a good job making Mango products and were willing to open up factories in more than one country. “So the flow of ships from the Bangladeshi ports is disrupted? Or there’s been flooding? That allows us to pivot with the same supplier.”

Ruiz has been grappling with unwelcome surprises from day one. He succeeded Andiz, now Mango’s chair, as the pandemic took hold. The first document he signed put several thousand employees on furlough. But if Mango obsessed too much about what could go wrong, he said, “we wouldn’t do anything”.