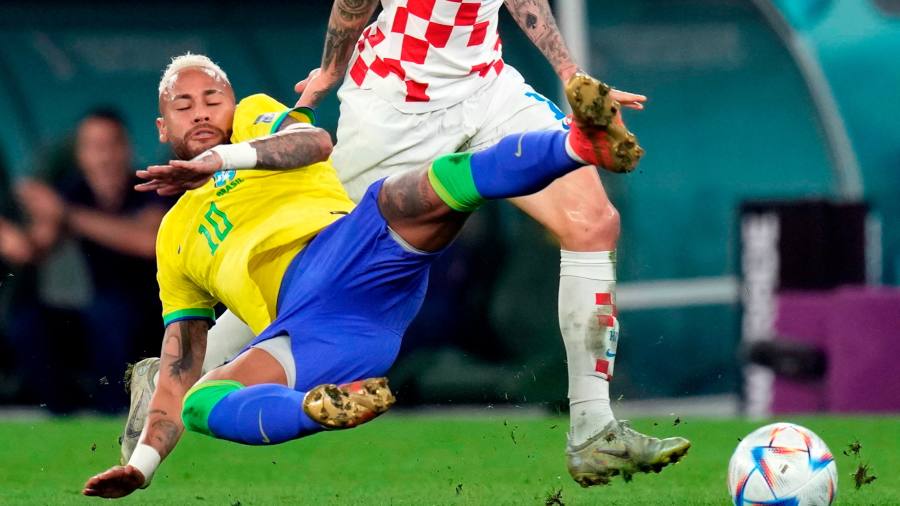 The marketing dream of a Messi v Ronaldo World Cup final is still alive, at least for the next few hours. Friday’s truly remarkable evening of football ended with Argentina edging out the Netherlands to reach the semi-final where they will face Croatia, who earlier in the day had ousted tournament favourites Brazil. Both games went to penalties.

Today Cristiano Ronaldo’s Portugal will seek to join them as they face the World Cup’s surprise package: Morocco. And England take on France: Mbappé takes on Walker. Deschamps takes on Southgate. It promises to be another dramatic day.

Before we begin, do sign up for our Business of Football Summit on March 1-2 next year. Promo code PREMIUM23 gives Scoreboard subscribers a complimentary digital pass or £400 off your in-person pass. Register here.

In most markets, Fifa sells the rights to broadcast and stream World Cup games exclusively. But this time around that hasn’t happened in Brazil. Instead Globo, which has exclusive TV rights, has only picked up non-exclusive rights for streaming, giving Fifa the chance to try other things with matches online.

That’s where Fifa+, the governing body’s video platform, comes in. The site has been around for a while, but until now has served mainly as a depository for historical content — for people who might want to sit through epic games from past tournaments. More recently, it has been used to showcase Fifa’s own in-house productions, such as Captains — its documentary co-production with Netflix — and HD Cutz, a series of 20-minute videos in which star players visit the barber.

But during this World Cup, it has also been deployed as a direct-to-consumer platform for live games in Brazil. Fifa+ has not given any numbers yet for how many people are tuning in, but those with knowledge of how things are going suggest it is performing way above internal expectations. Full figures may be published in the new year.

More eye-catching is the move by Fifa+ to experiment beyond its own platform. Ahead of the tournament, it reached a deal with Casimiro, a 29-year old Brazilian gaming streamer, to show one match a day live to his 3.4mn followers on Twitch and to his 5mn fans on YouTube. The package includes every Brazil match, plus the semi finals and final, regardless of which teams make it that far.

Results here are a bit more transparent. According to Streams Charts, his broadcast of Brazil’s fateful match against Croatia was the most-watched YouTube live stream of 2022, with a peak audience of over 6mn people. The football content has also helped propel Casimiro to the top of the Twitch charts, making his the most popular account in the world in the first week of December.

There are a few long-term implications for all of this. For one, Fifa+ has found a new way to reach millions of people, especially among the younger crowd. The next step will be to figure out how to monetise this audience — those working on the project say there is a plan, but it remains under wraps. Having made the playbook work in Brazil, there is now scope to look at rolling it out in other markets, or for other events such as the Women’s World Cup next year.

More broadly, it looks like a case study worth keeping tabs on for other rights holders looking at the potential to go straight to consumers in the future. Although of course, not everyone will have the luxury of being able to give away top-tier content for free.

Brazil’s shock exit will no doubt put a lid on where the numbers go from here. But at least Fifa+ can offer viewers other useful content, such as the two-hour documentary Croatia: Defining a Nation.

The Winter Olympics are in a pickle. This week, the International Olympic Committee said it is suspending plans to decide on a host for the 2030 winter games. Executives are mulling proposals to completely overhaul the event, including the possibility of rotating hosts, to better contend with “climate reliability”.

The decision reflects not only the very real threats posed by climate change — North American snow cover has consistently fallen below long-term continental averages for each of the past 15 years — but also the paucity of bids to host the Olympics.

Several earlier attempts by the IOC to strengthen and reform this process, including a recommendation in 2019 that cities host referendums to indicate public support, have either backfired or been thwarted: the government of British Columbia said in October it will not support a 2030 bid by Vancouver, and fellow 2030 candidate Sapporo opted against a referendum outright.

“Operationally it’s not a problem to delay [our bid to 2034], we have all the venues”, said Bullock, who was chief operating officer of the city’s 2002 games. The wrinkle, he said, in bidding for the 2030 event is that having back-to-back games in the same territory — with Los Angeles already confirmed to host the 2028 summer Olympics — would strain the local advertising market.

“Typically, an organising committee has seven years to raise domestic sponsorship money. LA would have to be completed first, with all of their financial targets, and we would have to wait until they’ve done so”, he said.

Nonetheless, Bullock said Salt Lake City will prepare bids to be considered for either 2030 or 2034, as well as a potential rotating host.

Rotating host cities has long been floated as a potential fix for the exorbitant costs associated with staging the Winter Olympics that are putting off potential future hosts.

One year after the 2018 Pyeongchang games, South Korea shut down its more than $100mn bobsleigh, luge, and skeleton centre — the only venue of its kind in the country — as the $1mn in annual maintenance costs was too much to bear. China spent an estimated $60mn just on snow machines to produce artificial flakes for the 2022 winter games.

Winter sport athletes have already begun lobbying politicians to act on climate change as natural resources for ice and snow events become more scarce. Reducing the number of host cities will certainly benefit the IOC by bringing more stability to the process. But there are risks: how can cities reliably commit to the costs of hosting a global spectacle many decades into the future? How does the IOC select long-term hosting partners while ensuring geopolitical fairness and stability? While not listed among the proposals under consideration by the organisation, stakeholders would be wise to consider those questions, too.

The best of the FT’s World Cup coverage this week

It’s that time of year again. And that means traditions. Hanging up the stockings, writing letters to Santa, throwing a giant of a man into a bristly, green decoration. Wait, what? That’s right, Kenny Smith shoved Shaquille O’Neal into a Christmas tree. Again. Don’t ask why it’s custom, who cares, just enjoy it. Or in the words of the NBA, “The fellas are in the holiday spirit.” 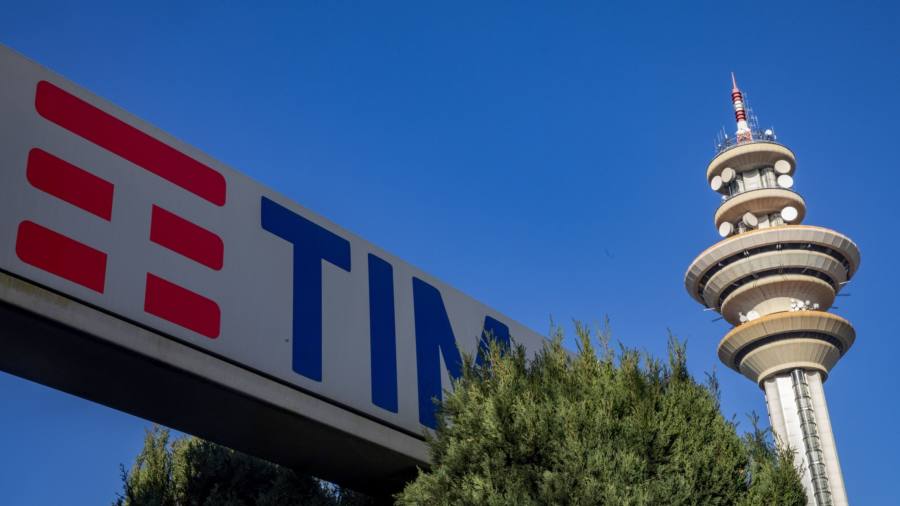