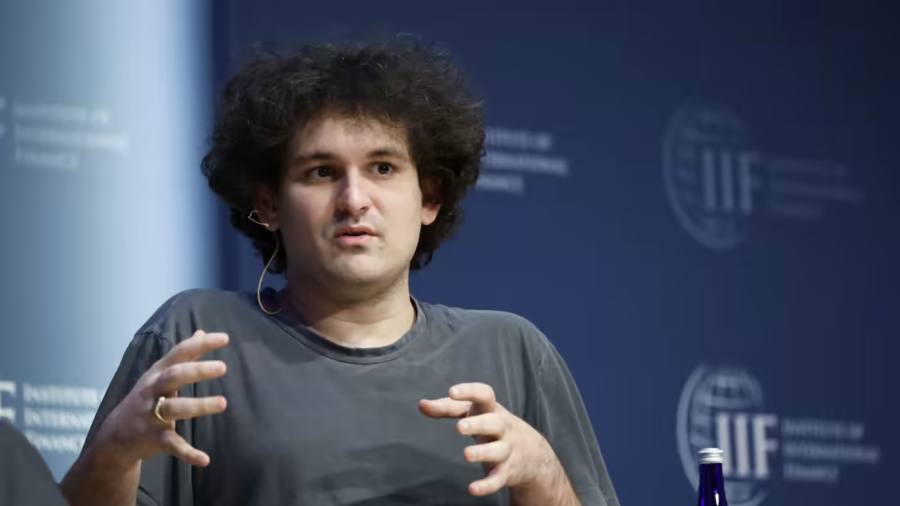 Sam Bankman-Fried has been arrested in the Bahamas at the request of US government prosecutors who have filed criminal charges against the disgraced crypto entrepreneur.

Bahamian attorney-general Ryan Pinder said the country’s police force had taken Bankman-Fried into custody after receiving “formal notification” from the US government that it had filed criminal charges and was “likely to request his extradition”.

Damian Williams, the US attorney for the Southern District of New York, confirmed the arrest on Twitter and said the move had been taken “at the request of the US government”. An indictment will be unsealed this morning, he added.

The arrest and criminal charges confirm that US authorities intend to pursue Bankman-Fried personally after the catastrophic collapse of FTX last month. The failure of the Bahamas-based exchange, once valued at $32bn, has resulted in potential losses for millions of creditors, including retail investors, and sent shockwaves through the crypto industry.

The US Securities and Exchange Commission said it would file separate civil charges today relating to Bankman-Fried’s alleged violations of securities laws.

Five more stories in the news

2. UK ‘foreign influence’ register criticised by City group Government proposals for a US-style register of “foreign influence” risks destroying the UK’s global investment hub reputation, lobby group TheCityUK has warned. The scheme would be part of a National Security Bill aimed at deterring malign foreign actors such as Russia and China from interfering in elections and stealing sensitive academic research.

3. Checkout.com slashes internal valuation to $11bn Europe’s most valuable private tech company has cut its internal valuation to about $11bn, becoming the latest high-flying start-up forced to respond to the tech rout and falling investor sentiment. The London-based group also lowered the price at which staff could exercise their stock options, according to people familiar with the move.

4. Microsoft to buy 4% of London Stock Exchange As part of a 10-year strategic partnership, the US tech giant will provide the exchange with data analytics and cloud infrastructure products. The tie-up follows similar moves by other tech companies, including Google’s $1bn investment in Chicago-based CME and Amazon Web Services’ partnership with Nasdaq.

Economic data Germany and the US release inflation figures for November, while the UK has December labour market statistics. See how your country compares on rising prices with our global inflation tracker.

Singapore PM in Germany Lee Hsien Loong meets German chancellor Olaf Scholz in the northern port city of Kiel ahead of the Asean-EU summit in Belgium later this week.

World Cup semi-finals The first semi-final match of the World Cup, between Argentina and Croatia, kicks off at 7pm GMT. In Argentina, Lionel Messi mania has diverted the country from its economic problems.

What else we’re reading and watching

Military briefing: escalating air war depletes Ukraine’s stockpile Kyiv is burning through its ammunition at an alarming rate as it faces down Moscow in a battle of dwindling stockpiles. Ukraine is urging western backers to provide more modern Nato standard surface-to-air systems.

The global microchip race: Europe’s bid to catch up Growing fears about Chinese military intervention in Taiwan have prompted a rush by governments in Europe to incentivise expansion of chip production. While the region has hidden strengths in the equipment used to make chips, it also faces a shortage of skilled labour.

‘The dreaded dunkelflaute is no reason to slow UK’s energy push’ A German term now widely used in the renewable energy sector to describe cold snaps that are both dark and windless, the dreaded dunkelflaute is a reasonably regular winter occurrence in northern Europe. It must not slow down the drive for wind power, argues Camilla Palladino, but speed everything else up for full-system transformation.

Colombia, cocaine and the lost war With farmers, labourers, police officers and gangsters as his guides, photojournalist Mads Nissen takes a tragic look at the drug trade’s wide-ranging impact on the country. “For Colombians, cocaine is blood and violence, corruption and death,” he writes.

If you thought business jargon was bad . . . It is fun to laugh about people who talk of blue-sky thinking or low-hanging fruit and use other business clichés. But used in a medical setting, jargon can be dangerous, writes Pilita Clark.

Can you guess the name of the sweet, alcoholic drink that is the answer to 31-across? Try our crossword puzzles here.