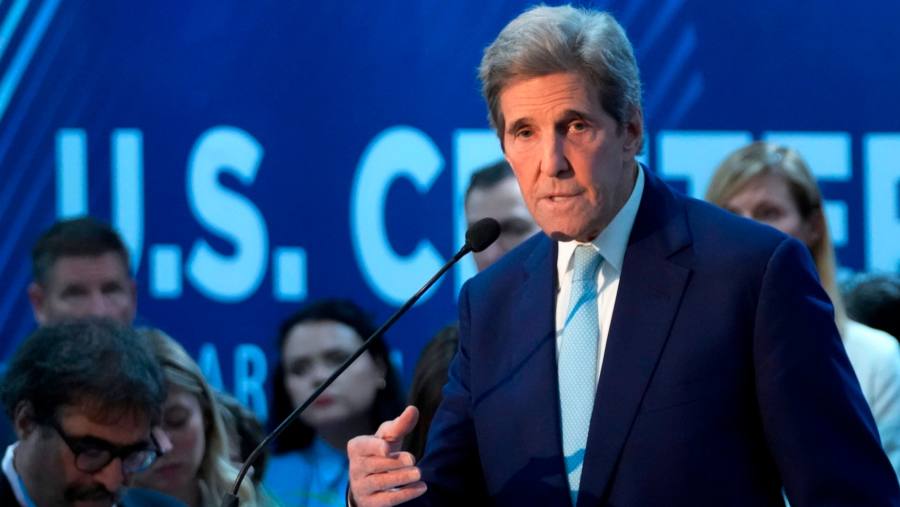 US climate envoy John Kerry said new coal mining without technology to capture carbon emissions was going in the “opposite direction” to efforts to address climate change, just days after the UK approved the first coal mine in Britain for 30 years.

The remarks highlight the potential impact on the UK’s green credentials from its approval of the £165mn mine in Whitehaven, Cumbria, in the global push to bring down carbon emissions and limit global warming.

“In principle we are trying to move away broadly from fossil fuels and coal, unabated,” he said after being questioned about the UK mine and referring to technology to capture and store emissions, noting he had yet to examine the details on plans for the project. “Unabated coal is the opposite direction from where most advocates on behalf of meeting our challenges on climate are positioned.”

Kerry refrained from direct criticism of the UK government and said he would need to study the project’s emissions. However, he highlighted the closure in the US of more than 500 coal-fired power plants in the past decade and anticipated about 100 remaining plants would close by 2030.

“Nobody I know, in most parts of world, is financing new coal plants of one kind or another,” he said in an interview, after delivering the Fulbright lecture at King’s College London.

When giving the go-ahead to the mine the UK government said the coal would be used for the production of steel and not power generation. The project has made a commitment to net zero emissions over its lifetime by using so-far under-developed carbon capture technology and offsetting.

The government added that the mine’s approval had been recommended by the independent planning inspector and accepted the argument that the coal would otherwise need to be imported.

The approval of a new coal mine for the first time in decades was “an embarrassment,” said the former Speaker of the House of Lords, Baroness Helene Hayman, in her formal response to the Kerry lecture. It had “not been a good week for the UK government and the climate,” she told the gathering.

The US has forged ahead in its climate change efforts with a $369bn climate and tax package that gives incentives to boost its green industry.

But it has also stoked a battle with the EU over the impact on its own manufacturers. Kerry said he believed that there may be “options” that could resolve any potential trade battle.

He said French president Emmanuel Macron’s trip to the US raised the profile of some of those questions. “People are going to start to evaluate it and figure out what the options may or may not be, and what the effects really are,” he said.

Trade experts have suggested that exceptions and waivers could be included, using the experience of the United States-Mexico-Canada Agreement.

In a croaky speech, after his recent bout of Covid at the UN climate summit last month, Kerry reflected his impatience and “disappointment” that the commitments made at COP27 were “not ambitious enough.”

“In the middle of a decisive decade for reducing emissions, we cannot afford to take a one year holiday on our global mitigation efforts,” he said.