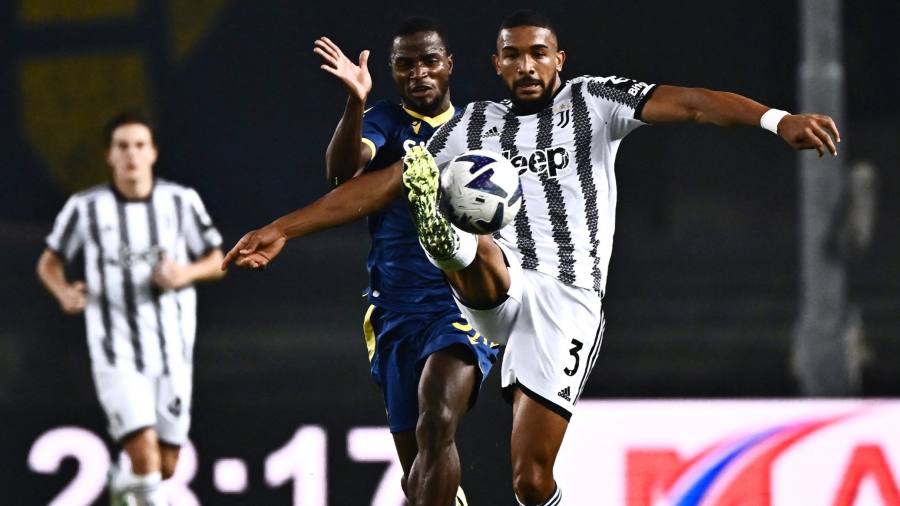 Juventus shares fell as much as 13 per cent on Monday after Italy’s football authorities hit the club with a 15-point penalty following alleged false accounting practices.

The decision, taken by the country’s football federation late on Friday, is the latest development in an ongoing investigation into how the club, backed by the billionaire Agnelli family, accounted for players’ salaries and their transfers.

The points deduction is expected to push Juventus, which has won more titles than any other Italian club, to ninth position in the Serie A league table. It is also unlikely that the club will be able climb back to the top of the ranking in time to take part in lucrative European competitions such as the Uefa Champions League.

“It’ll be a real battle to qualify for the Champions League this season,” said Kieran Maguire, a lecturer in football finance at the University of Liverpool. “The Champions League gives you a platform that’s very appealing to commercial partners.”

Turin prosecutors are seeking indictments for a dozen Juventus executives, including former president Andrea Agnelli, for charges including market manipulation and false accounting.

Agnelli played a leading role in trying to establish the European Super League, a breakaway project that collapsed in April 2021 despite support from the likes of Spain’s Real Madrid and FC Barcelona. Critics said the ESL was trying to concentrate power and revenues in the hands of a few elite teams.

Juventus, which has denied wrongdoing, said it would appeal against the decision by the Italian football federation.

The punishment triggered strong reactions among Juventus’s fan base and sparked fresh concerns over the club’s future following the board’s resignation two months ago and the recent reshuffle at the top.

Scanavino, who also holds the top job at GEDI, the publisher of Italian daily newspaper La Repubblica, said the football federation’s “justice system can behave in an unfair way [and] this is worrying because what happened to Juventus now could happen to another club in the future”.

Nine other Juventus staff and former board members were also banned from engaging in football activities in Italy for periods ranging from eight months to two and a half years.

Italian sports authorities also requested that “the ban be extended to Uefa and Fifa activities”.

Last week the club appointed Gianluca Ferrero, an accounting expert who has previously worked for other Agnelli-controlled companies, as its new president.

Juventus recorded losses of more than €550mn in the past three seasons. In a letter to shareholders in October, Agnelli said the annual loss of €254mn in the 2021/22 campaign was “certainly the gloomiest moment” from an “economic-financial point of view”.

Also last week, Agnelli announced that he was stepping down from all of his positions within the family businesses, including carmaker Stellantis, which controls Fiat, as well as the holding company Exor.

A preliminary hearing into the case is scheduled for March 27.