Larry Kudlow: The best welfare program is a good job 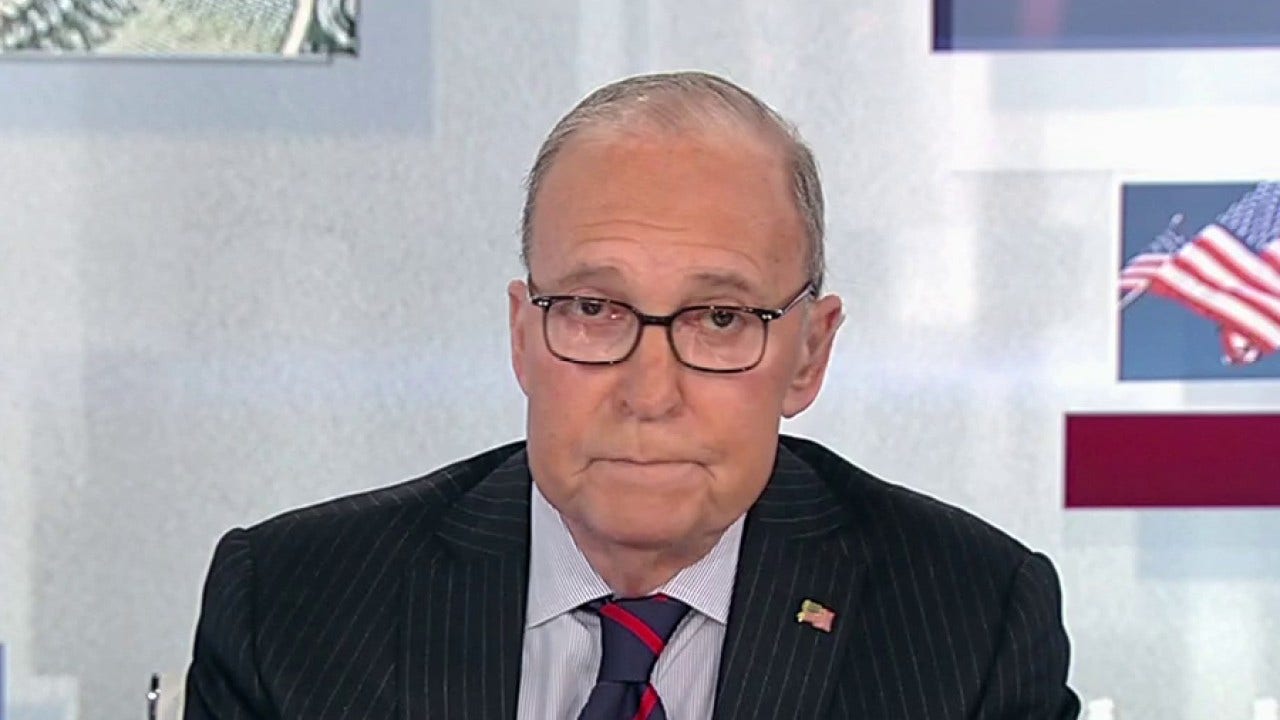 Okay, well, new budget numbers just released today show that the brief post-COVID era of fiscal restraint has abruptly come to an end.  In November alone, the federal deficit came in at $249 billion — that’s a very big 57 billion increase over a year ago.

Spending at 505 billion comes in 28 billion above last year. Revenues were short13 billion.  So, we could be looking at another $2 trillion budget gap for FY 2023, that began this past October and ends next September 30th, 2023.

Meanwhile, a recent report from the Heritage Foundation suggests that in the event of a lame-duck spending spree, an omnibus package could wind up spending $1.9 trillion. That’s right. You may recall, 1.9 trillion was the magic number in March of 2021 that triggered the worst inflation in over 40 years.

By the way, Heritage warns about even more spending from pension bailouts, tax extenders and still more COVID money.  I keep listening for the sound of pay-fors for all these grandiose plans from the D.C. swamp’s lame ducks.

US WORKER PRODUCTIVITY HAS TANKED THIS YEAR. WHAT GIVES?

What’s a pay-for? I know it’s a forgotten phrase, it’s a lost art. It used to mean that for every dollar of increased spending, you’d find a dollar spending cut, as an offset, but Washington’s new vocabulary no longer includes this definition.

Then, there’s the issue of more welfare without workfare — able-bodied people receiving government assistance without any work or education requirements.  The latest is Medicaid, where states like Georgia, Ohio, Arkansas and others are trying to tie expanded Medicaid and food stamps and I want to add housing subsidies and I want to add the child tax credit — all forms of federal assistance with no work requirements. But the Biden administration is working its hardest to make sure people don’t have to work for their welfare plans.

I don’t know how many times we’ve repeated this thought, but America is a very generous country. We help people who are down on their luck, but it’s not permanent help and it shouldn’t be too much to ask those who receive help to look for work.

The Trump administration pushed hard for workfare. Team Biden seems to be against it.  The Bidens repeatedly argue that COVID is the reason for expanded benefits, even though they’ve declared many times that the COVID emergency is over.

Today’s Wall Street Journal notes the huge expansion of Medicaid and food stamps since early 2020, but the Bidens’ continued failure to link work with the explosion in transfer benefits. That’s a big problem. Not just for our economy, but for our entire culture.

Former Reagan Education Secretary Bill Bennett has talked about the importance of the dignity of work. A job well done gives everyone positive feeling, self-esteem, happiness.

Demographer Nick Eberstadt of the American Enterprise Institute has calculated that there may be 7 million able-bodied people between the ages of 25 and 54 (that’s the prime age backbone of our workforce) who are unemployed and not looking for work.  That is a terrible number.  The lack of workfare is demoralizing to our economy, but perhaps, more importantly, to the very heart and soul of American greatness.

Work leads to opportunities to climb the ladder of success. The best welfare program is always a good job.  By the way, work incentives not only create more jobs, but more people working earn more income and, even at lower tax rates, will put up more tax revenues.  All of which reduces the need for welfare spending and lowers the budget deficit in the process. Anyone with common sense knows this.

And yet here is the Biden administration once again pushing us in the wrong direction, with the most perverse incentives, to virtually guarantee American decline. I sure hope the new Republican Congress does something about this and that’s my riff.

This article is adapted from Larry Kudlow’s opening commentary on the December 12, 2022, edition of “Kudlow.”