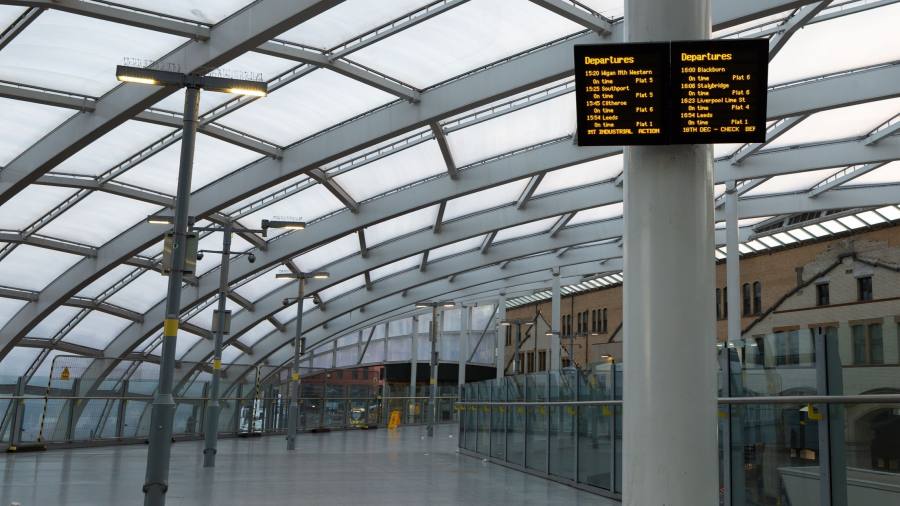 Britons face the start of another six days of travel misery on Tuesday as the rail network grinds to a halt because of strikes.

Four days of industrial action this week will leave just 20 per cent of services running on strike days, as the RMT, TSSA and Unite unions all walk out in disputes over pay rises, job security and changes to working practices.

Passengers have been urged not to try to travel unless necessary on Tuesday, Wednesday, Friday and Saturday. Knock-on disruption will follow on Thursday and Sunday mornings.

The most significant strikes will come from the RMT union, which has 40,000 members and is embroiled in two separate disputes with Network Rail, the infrastructure owner, and 14 train operating companies.

On Monday, RMT members voted to reject a pay and reform package from Network Rail. Union bosses had urged members to reject the 9 per cent pay rise over two years, with more for lower-paid staff, which was tied to big changes to working practices.

RMT leader Mick Lynch said the rejection of a “substandard offer” showed that members “are determined to take further strike action in pursuit of a negotiated settlement”.

But some railway executives were privately buoyed by the relatively close result, in which 63.6 per cent voted against the offer.

Andrew Haines, Network Rail chief executive, said the RMT’s leadership “needs to think long and hard about what to do next”. The TSSA union has urged members to accept a similar deal, with a result expected in the coming days, while on Monday Unite members backed their own deal.

“The RMT are the outliers here, they need to stop playing politics,” Haines said.

The RMT and TSSA are still also in separate disputes with the train operators, which appear harder to resolve. The industry has offered an 8 per cent rise, tied to some big workplace reforms.

Last week, the Financial Times reported that ministers had prevented the train operators from offering unions higher pay deals and added tough new conditions at the last minute. The government has said that while it sets the parameters of talks and is the railway’s financial guarantor, it does not involve itself in the minutiae of the negotiations.

On Monday, the transport secretary Mark Harper said ministers had “worked hard to ensure there is a fair two-year pay deal on the table”.