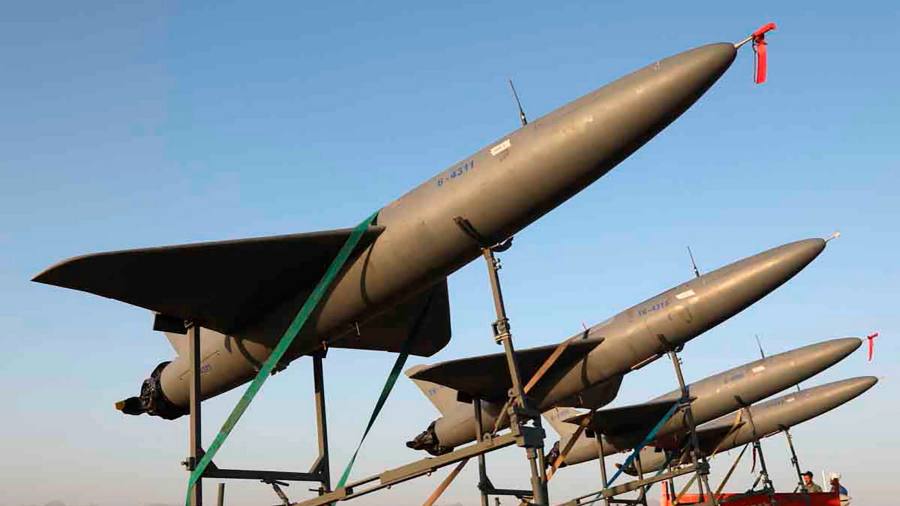 The US alleged on Friday that Russia is providing Iran with “an unprecedented level of military and technical support” as Moscow’s full-scale invasion of Ukraine draws the increasingly isolated countries closer together.

Citing US intelligence, National Security Council spokesperson John Kirby said Iran is set to receive stepped up military and technical support from Russia in exchange for supplying it with drones.

“Russia is seeking to collaborate with Iran on areas like weapons development and training,” Kirby said. “We are concerned that Russia intends to provide Iran with advanced military components.”

For the past several months, the administration of Joe Biden has said Iran is sending Russia drones and is considering sending other weapons, such as ballistic missiles. But Friday’s revelations shed light on Washington’s assessment of how Tehran is benefiting from that lethal assistance.

“This is a full-scale defence partnership that is harmful to Ukraine, to Iran’s neighbours and, quite frankly, to the international community,” he said. “We’re going to be using the tools at our disposal to expose and disrupt these activities and we’re prepared to do more.”

Russia may be providing Iran with equipment such as helicopters and air defences, he said.

Since August, Iran has transferred several hundred drones to Russia, which it is using to target Ukrainian critical infrastructure, Kirby said, adding that Tehran has become Moscow’s top military backer.

The US assesses this co-operation will only increase, with Moscow and Tehran considering setting up a joint production line for lethal drones in Russia. Kirby also cited reports that Iranian pilots have received training in Russia on how to fly Su-35 fighter jets, which he said was a possible precursor to Moscow providing the aircraft next year to Tehran.

The Biden administration is looking to convene like-minded countries to discuss the burgeoning Iran-Russia military co-operation and blacklisted three Russian entities on Friday that Washington says are involved in acquiring and using Iranian drones.

The US will also send an additional $275mn in lethal aid to Ukraine, including ammunition for heavy artillery systems and counter-drone equipment.

UK foreign secretary James Cleverly on Friday said Iran was now one of Russia’s “top military backers”, as he warned that Britain would continue to expose the “desperate alliance” between the two countries and hold them to account.

The foreign, commonwealth and development office also said it agreed with the US assessment that Iranian support for the Russian military will increase in the coming months.

“Their sordid deals have seen the Iranian regime send hundreds of drones to Moscow, which have been used to attack Ukraine’s critical infrastructure and kill civilians,” Cleverly said. “In return, Russia is offering military and technical support to the Iranian regime, which will increase the risk it poses to our partners in the Middle East and to international security.”