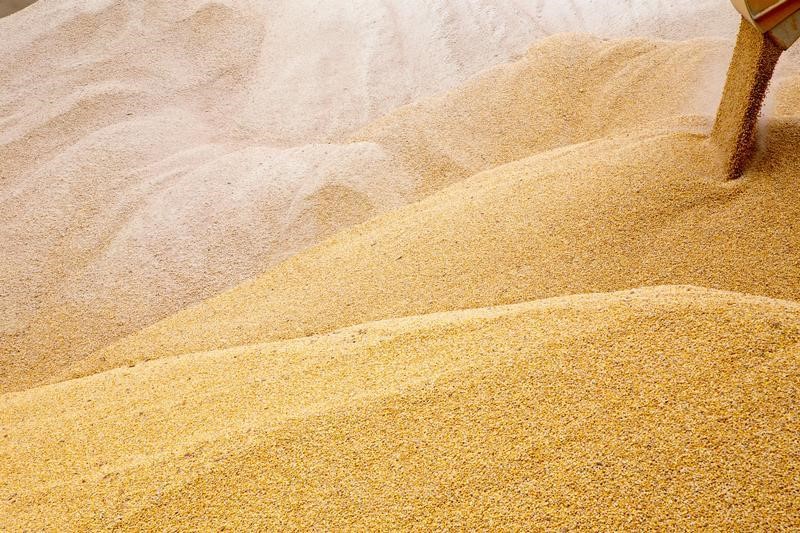 © Reuters. Farmer Ignacio Bastanchuri, 65, sips mate drink as he walks past by a cow that died from the drought caused by the climate phenomenon La Nina, at a farm in Navarro, in Buenos Aires province, Argentina December 5, 2022. REUTERS/Agustin Marcarian

NAVARRO, Argentina (Reuters) – In the fields around the town of Navarro in Argentina’s Pampas farm belt, the dried-out bed of a huge lagoon and decaying bodies of dead cattle are stark signs of a historic drought that is hammering crops and farmers like Ignacio Bastanchuri.

Some 100 kilometers (62 miles) west of capital Buenos Aires, Navarro is one of dozens of towns in the bread basket province of Buenos Aires straining under the prolonged drought that threatens the country’s major wheat, corn and soy crops.

Bastanchuri, 65, walked with a Reuters reporter through a field of limp, browning wheat plants just over 12 inches (30.48 cm) tall, less than half what they should be at this time of year due to a lack of water in the soil.

“We have been experiencing a water deficit for the last two years and this year we have not even reached 50% of the average for this area,” he said. Due to the paucity of the crop, much was likely to end up as animal feed rather than going into the human food chain for pasta and bread.

In another field a few kilometers away, the bodies of three dead cows were slowly drying in the sun, evidence of the third successive La Niña climate phenomenon, which generally limits rainfall in Argentina’s key farm regions.

The drought in Argentina has led to sharp cuts to the country’s wheat harvest forecast and is threatening to derail corn and soy too. The country is the world’s top exporter of processed soy oil and meal and the No. 3 for corn.

“We had to prepare for the worst scenario of the last 20 years in this grain campaign and that is what we are seeing,” Cristian Russo, head of estimates at the Rosario grains exchange, told Reuters.

Russo said soil moisture levels were worse than the 2008/09 campaign, when the South American country produced only 31 million tonnes of soybeans, from 18 million hectares planted.

The exchange estimates a 2022/23 soybean crop of 48 million tonnes, but that figure is likely to be cut as drought delays planting and makes some areas of land unusable.

The outlook for corn, currently being planted, is also uncertain. “If it doesn’t rain or normalize now in December … the number of hectares that are going to be planted is definitely going to be very low,” farmer Bastanchuri said.

In Navarro, residents can walk across the 150-hectare local lagoon amid remains of shells and dead fish. With little rain forecast and high temperatures in the Southern Hemisphere summer, it is unlikely to refill any time soon.

The forecast of the National Meteorological Service for the December 2022-February 2023 period is for lower than usual rains in most of the agricultural core, which includes the north of Buenos Aires province and the south of Santa Fe.

“There is a high probability of having very extreme maximum temperatures and very high minimum temperatures. Both are very high, that is it’s going to be very hot,” said climatologist and researcher Matilde Rusticucci.

The Rosario grains exchange said in the next few days there would be some rain in the areas most in need, between 10 and 15 millimeters, but not nearly enough.

“It is not the important rains that we need,” Russo said, adding a comparison with a drought in 2008/09 when major rains had come at the end of the year. This year, he said, looked worse.

“We are at a point where things look really very complex,” he said.