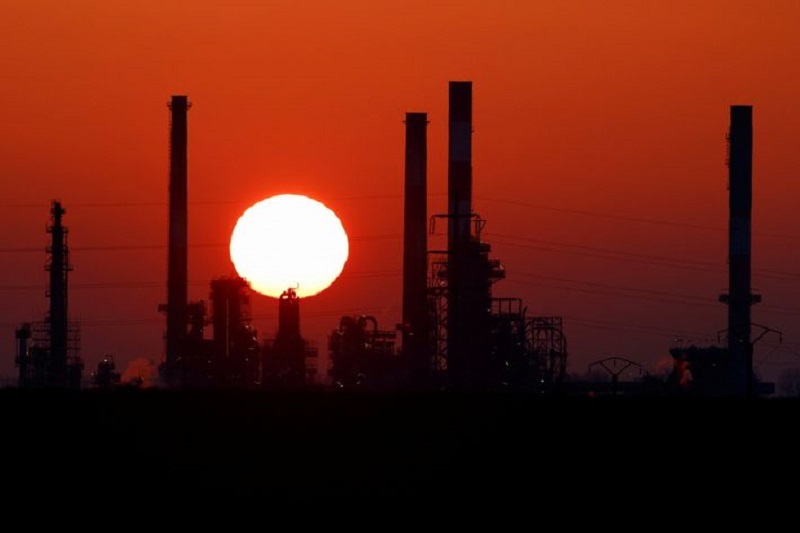 By Erwin Seba and Nia Williams

WASHINGTON, Kan. (Reuters) -Residents near the site of the worst U.S. oil pipeline leak in a decade took the commotion and smell in stride as cleanup crews labored in near-freezing temperatures, and investigators searched for clues to what caused the spill.

A heavy odor of oil hung in the air as tractor trailers ferried generators, lighting and ground mats to a muddy site on the outskirts of this farming community, where a breach in the Keystone pipeline discovered on Wednesday spewed 14,000 barrels of oil.

Pipeline operator TC Energy (NYSE:) said on Friday it was evaluating plans to restart the line, which carries 622,000 barrels per day of Canadian oil to U.S. refineries and export hubs.

“We could smell it first thing in the morning; it was bad,” said Washington resident Dana Cecrle, 56. He shrugged off the disruption: “Stuff breaks. Pipelines break, oil trains derail.”

TC Energy did not provide details of the breach or say when a restart on the broken segment could begin. Officials are scheduled on Monday to receive a briefing on the pipeline breach and cleanup, said Washington County’s emergency preparedness coordinator, Randy Hubbard, on Saturday.

Environmental specialists from as far away as Mississippi were helping with the cleanup and federal investigators combed the site to determine what caused the 36-inch (91-cm) pipeline to break.

The spill has not threatened the water supply or forced residents to evacuate. Emergency workers installed booms to contain oil that flowed into a creek and that sprayed onto a hillside near a livestock pasture, said Hubbard.

TC Energy aims to restart on Saturday a pipeline segment that sends oil to Illinois, and another portion that brings oil to the major trading hub of Cushing, Oklahoma, on Dec. 20, Bloomberg News reported, citing sources. Reuters has not verified those details.

It was the third spill of several thousand barrels of crude on the 2,687-mile (4,324-km) pipeline since it opened in 2010. A previous Keystone spill had caused the pipeline to remain shut for about two weeks.

“Hell, that’s life,” said 70-year-old Carol Hollingsworth of nearby Hollenberg, Kansas, about the latest spill. “We got to have the oil.”

TC Energy had around 100 workers leading the cleanup and containment efforts, and the U.S. Environmental Protection Agency was providing oversight and monitoring, said Kellen Ashford (NYSE:), an EPA spokesperson.

A lengthy shutdown of the pipeline could lead to Canadian crude getting bottlenecked in Alberta, and drive prices at the Hardisty storage hub lower, although price reaction on Friday was muted.

Western Canada Select (WCS), the benchmark Canadian heavy grade, for December delivery last traded at a discount of $27.70 per barrel to the futures benchmark, according to a Calgary-based broker. On Thursday, December WCS traded as low as $33.50 under U.S. crude, before settling at around a $28.45 discount.

“The real impact could come if Keystone faces any (flow) pressure restrictions from PHMSA, even after the pipeline is allowed to resume operations,” said Ryan Saxton, head of oil data at consultants Wood Mackenzie.