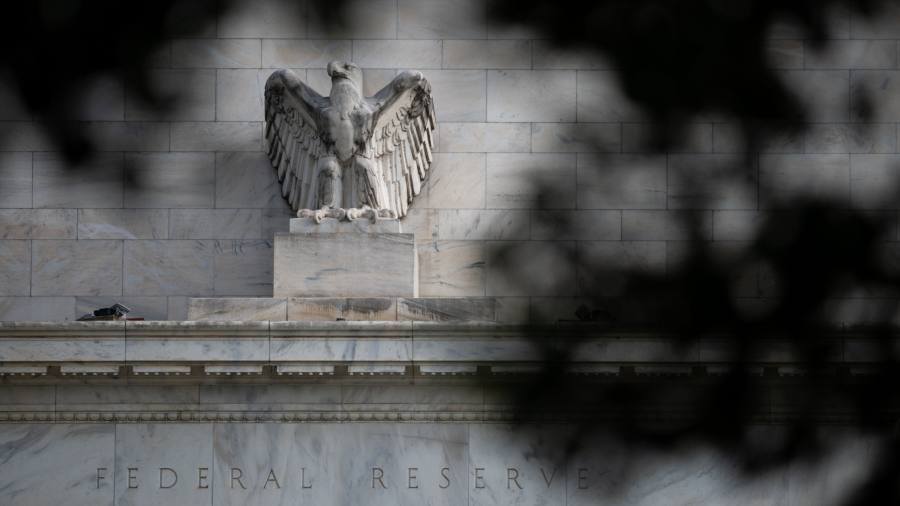 The Federal Reserve’s most aggressive pace of interest rate increases in decades is set to trigger a surge of defaults over the next two years in the $1.4tn market for risky corporate loans, according to Wall Street banks and rating agencies.

Analysts across the industry forecast that defaults will at least double from today’s relatively low 1.6 per cent. But the disparity is stark, with some firms warning clients that anywhere from one-in-20 to one-in-10 loans could default next year.

Deutsche Bank expects the default rate on leveraged loans in the US to climb to 5.6 per cent next year — up from 1.6 per cent — before rising to 11.3 per cent in 2024. That would leave defaults close to all-time highs set in 2009.

Strategists at UBS forecast a default rate for low-grade loans of 9 per cent in 2023 alone.

Those predictions come as analysts anticipate that the Fed’s efforts to tame inflation through aggressive interest rate rises will pressure the “junk”-rated companies that swelled their debt piles with cheap money during the pandemic era.

The floating-rate coupons of leveraged loans made them particularly attractive to borrowers when central banks cut borrowing costs to close to zero in response to the Covid-19 crisis, because the loan payments drop when prevailing interest rates fall.

“It’s really the US loan market that we think has the most fundamental risk this cycle because that’s where the floating rate debt has combined with aggressive releveraging,” said Steve Caprio, head of European and US credit strategy at Deutsche Bank Research.

Leveraged loans typically finance companies with high debt levels and poor credit ratings, and have been a mainstay for private equity groups seeking to fund their buyouts.

New loan sales in the US surged to $615bn in 2021, according to data provider LCD, as companies and buyout firms took advantage of ultra-low interest rates. This was the highest annual number since LCD’s full-year records began in 2000.

However, the Fed has lifted interest rates rapidly this year to a target range of 3.75 to 4 per cent, and markets are pricing in expectations of a peak of about 5 per cent next spring.

In turn, fears have intensified that debt issuers most immediately exposed to those rate rises will struggle under the weight of higher borrowing costs, leading some to miss their payments.

Compounding the pain, Wall Street banks are broadly anticipating a US recession in 2023 — potentially dealing a blow to corporate earnings just as businesses find it more expensive to reimburse creditors.

Leveraged loan issuance has already slowed this year to its most lethargic pace since 2010 — totalling just $225bn up to December 7, according to LCD.

The leveraged loan market is “very sensitive to the Fed tightening”, said Matt Mish, head of credit strategy at UBS, “particularly lower-rated credit, because you don’t have a lot of these companies that fully hedge the interest rate exposure”.

Companies rated at B or CCC, which sit at the lower end of credit agencies’ quality spectrum, now account for three-quarters of the leveraged loan market, compared with 62 per cent 10 years ago, according to UBS.

The bigger fear is that rising defaults will spread across other parts of the US debt market. UBS’s credit strategy team sees US leveraged loans as “the weakest link in US credit”, predicting that credit deterioration for the asset class could have a knock-on impact on appetite from their biggest buyers — via vehicles called collateralised loan obligations.

CLOs make up most of the demand for leveraged loans, packaging these up and selling them on to investors in various risk-categorised tranches.

However, the definition and scope of defaults from data providers vary, contributing to a range of forecasts.

Analysts at JPMorgan predict a default rate of 3.5 per cent for US leveraged loans in 2023, and expect this to rise to 4 per cent in 2024, assuming a gentle economic slowdown. “The loan product is expected to feel more fundamental headwinds from the immediate transmission of rates and more aggressive capital market trends,” they wrote in an outlook note.

Using a narrower interpretation, an index of leveraged loans tracked by Morningstar and trade organisation LSTA could reach a default rate of 2.5 per cent by next September, up from 0.78 per cent in October 2022.

“We see evidence that cushions built up after the 2020 recession are thinning,” analysts at S&P Global Ratings wrote in an assessment of the index, “but so far, they still appear to be supporting issuers in the index”.

Nick Kraemer, an analyst at S&P Global Ratings, puts the overall default rate for speculative-grade US debt at 3.75 per cent by next September on a trailing 12-month basis — up from 1.6 per cent in the same month of this year. That is lower than the long-term average of 4.1 per cent, he said.

Still, S&P’s “pessimistic scenario” is for junk-rated US debt to endure a default rate of 6 per cent. “Much will depend on the depth or duration of the recession,” it concluded.