Financial advice: is it value for your money? 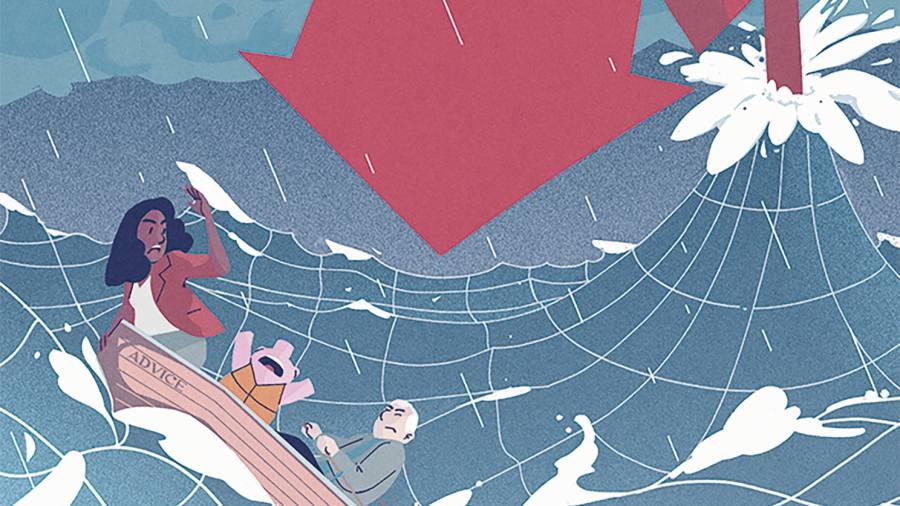 Just 8 per cent of UK adults have taken financial advice over the past year and the regulator thinks this isn’t enough. The Financial Conduct Authority wants to make financial advice more accessible, by introducing a new type of “core advice” for people with about £10,000 to invest.

In theory, this is a great idea, reducing the minimum level of assets required to access advice from around £50,000 now. Who could be against widening access to professional financial advice from the 3.1mn people in the UK who had an ongoing relationship with a financial adviser at the end of 2020, to perhaps 4.2mn more who might benefit?

Sarah Pritchard, executive director of markets at the FCA, says: “These proposals are part of our work to deliver a consumer investment market where people can readily access support and firms aren’t deterred from providing it.”

But the devil will be in the detail. Many retail investors wealthy enough to want an adviser face difficulties finding a suitable firm, working out the costs, and assessing whether it’s worth the money.

Benjamyn Damazer is 70, and considers himself “financially reasonably knowledgeable and aware”. He says: “Prior to reaching 65 I shopped around for a financial adviser to help me determine what best to do with the multiple pension pots I had accumulated, some assets I had and some liabilities including an interest-only mortgage and some credit card debt.

“The search was painful. Trying to ascertain what it was, specifically, that each firm offered, why they were different from, or better than, anyone else I found impossible. Comparing charges was a nightmare.”

He decided to try an adviser that he saw quoted in the Financial Times. “I left the meeting with some seemingly sensible ideas about what to do, and perhaps more importantly, what not to do. I have stuck with them ever since,” he says. “Do I get good advice? Do I pay fairly or competitively? Would I be better switching to another firm? I literally have no idea. And worse, I have no idea how to find out.”

Damazer is one of a number of FT readers who responded to our callout asking for comments about people’s experiences with financial advisers. We wanted to hear what readers thought at a time when market turmoil has prompted many clients to question their advisers. We found plenty of criticisms — but also praise from those who felt they benefited, especially from the personalised advice good advisers can offer.

Potential clients can choose between independent financial advisers (IFAs), giving unbiased advice about the whole range of financial products; and restricted advisers offering advice on a limited range of products. They may specialise in one area, for example pensions, or they may advise on products offered by a limited number of companies.

There are more than 36,000 retail investment advisers, a number which has grown steadily over the past seven years, according to the FCA. But these advisers are working in a shrinking number of firms with the larger financial advice firms getting bigger. FCA data show firms with more than 50 advisers accounted for 49 per cent of all adviser posts in 2021, compared with 45 per cent in 2018.

The regulator hopes advisory firms will relish the chance to expand services to the less well-off. But advisers say there are big hurdles ahead, not least the costs.

Most IFAs offer a free initial consultation, at which they should also provide an outline of costs. But there’s a lack of transparency around charges, with few financial advisers publishing them upfront.

Julie Flynn, an independent financial adviser with Glasgow-based Bree Wealth, says: “I don’t know if we’re scared to put our fees on because we’ll scare people off. But not having them displayed also scares people off — they don’t approach us because they worry they can’t afford us, or they don’t have enough money to engage with us.”

Simon Harrington, head of public affairs at The Personal Investment Management and Financial Advice Association (PIMFA), the adviser’s trade association, offers an explanation. He says: “Some firms don’t publish fees because it’s not incumbent on them to do so and the evidence is that the average IFA client tends not to be price sensitive. Some firms also take the view that if they were to publish, their competitors would undercut them.”

He hints that things might change in response to the FCA’s new Consumer Duty, coming next July. “Firms might feel it’s incumbent on them to be more upfront about how they charge.”

But wealth managers warn that even if fees become more transparent they will not necessarily fall. Jeremy Webb, a chartered financial planner with Concept Financial Service, based in Cannock, says: “The problem with reducing the cost of advising clients is the ongoing expense involved in running a regulated firm, for example professional indemnity insurance, FCA fees (which are exorbitant) along with the general day-to-day costs of running a business. It’s important for clients to obtain advice at an affordable cost, but while our costs increase it’s hard to see how this will be achievable.”

As a result, the percentage of advisers accepting new clients with less than £50,000 in financial assets has plunged to 32 per cent from 52 per cent in 2019, according to last month’s Schroders Adviser Survey, which polled 439 advisers. And 17 per cent will accept new clients only with more than £200,000.

To complicate comparisons, IFAs charge clients in different ways. Whether it is a percentage of assets, flat fees or hourly rates, there are disparities. And some IFAs offer a choice. Clarity, which has offices in London, Woking and Cambridge, gives clients an extensive fees menu: fixed charges for agreed tasks, an hourly rate for complex work, and/or a monthly or annual retainer.

Some newer charging structures are coming through. For example, Women’s Wealth offers subscription services at £65 and £125 a month — like a gym membership for financial fitness. While innovative, there’s no immediate way of knowing whether this — or indeed other new packages — will offer better value than older models.

The FCA found in 2020 that total annual fees — covering advice and investment charges — are 1.9 per cent for holistic advice, which looks at all aspects of personal and financial life. Last month’s Schroder’s Adviser Survey found 99 per cent of advisers charged an average annual percentage fee below 1 per cent of assets. The discrepancy with the FCA data highlights the measuring difficulties.

The effect of fees

Many FT readers point out the compound effect of percentage charging for decades can be devastating to long-term financial returns. A 2 per cent fee can wipe out 40 per cent of your investment returns over 25 years, according to calculations from Vanguard, the investment house.

However, advisers defend ongoing percentage fees to make sure they have time for you when you suddenly need help. This might come into its own, for example, in financial shocks, such as those which followed the outbreak of Covid-19, Russia’s invasion of Ukraine and the UK’s September “mini” Budget.

In such times, investors often panic — and sell up. A good wealth manager will swiftly call to intervene. At Bree, Flynn says: “Stopping people doing stupid things in moments like that is where the real value is added.”

Vanguard research shows that investors too often sell when they should buy and buy when they should sell. It says advisers can make a critical difference by helping their clients avoid these mistakes.

But some FT readers say they don’t necessarily want such help. They say a lot of investment advice is simple and argue that it’s not worth paying 1 per cent of investments for an IFA to recommend, for example, a stocks and shares Isa. We had reader comments to the tune of “just select a Vanguard fund at 0.19 per cent”.

Those who do seek more personalised advice say the most value comes in the initial review, or in complicated matters like pension drawdown. But, frustratingly, readers have found gaps in some key areas, for example on transferring a defined benefit pension or developing a property portfolio.

So, do your homework before committing to the initial meeting, as you may find yourself at the end of a sales pitch for services you don’t need. Colin Low, a chartered financial planner with Kingsfleet Wealth, says: “If you have any concerns that they are putting their interests before yours, they are not the right people to work with.”

A good indication of value are the customer reviews of IFAs on the vouchedfor.co.uk website, where you can search for an IFA. A decent financial adviser should also be able to provide references.

Qualifications are a useful indicator of professionalism. Seek out a chartered or certified financial planner or someone who has a Level 6 diploma from the London Institute of Banking and Finance or Chartered Insurance Institute.

A good way forward is to seek an IFA that wants you to educate yourself and seems pleased if you are knowledgeable. So make sure what they say at the free initial meeting is thoughtful and adds to what you’ve already learnt. Otherwise, what are you paying for?

How to cut the cost of advice

Free “guidance” services won’t give personalised recommendations but can be worth calling before using an IFA.

MoneyHelper gives money and pensions guidance over the phone, online and face-to-face. Its subsidiary Pension Wise was set up when the pension freedoms were introduced in 2016.

The Pensions Advice Allowance allows you to withdraw up to £500 tax-free from your defined contribution pension for retirement and pensions advice.

The £500 allowance can be used three times to access advice at different life stages. But research from Benefits Guru, an independent adviser, found fewer than half of workplace pension providers facilitate these allowances. Aegon, Legal & General, Scottish Widows and True Potential do.

Companies can also pay for employees’ financial advice as a tax-free benefit, up to £500. Used in combination with the pensions advice allowance, this means up to £1,000 in one tax year.