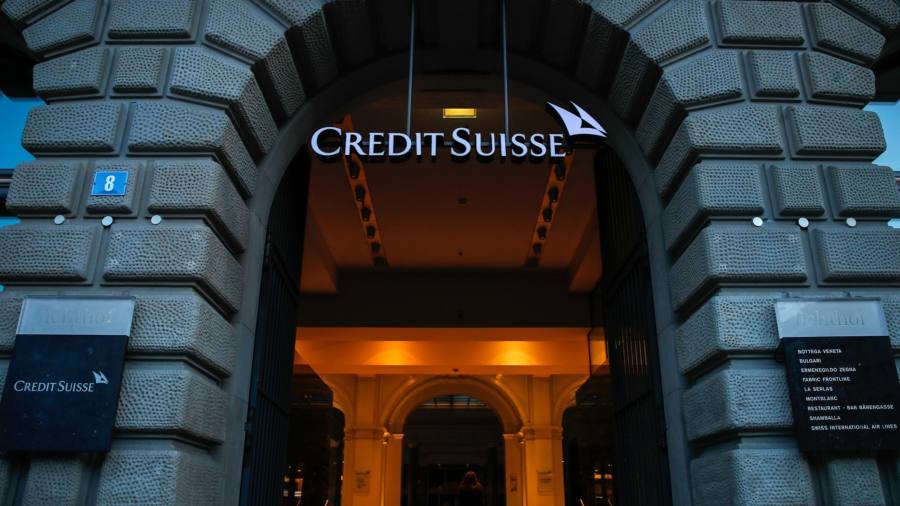 Credit Suisse provided an emergency $140mn loan to Greensill Capital based partly on invoices to companies who deny ever doing the business stated on the documents.

The Swiss bank provided the loan in October 2020, less than five months before the collapse of Greensill, a supply chain finance firm that counted former UK prime minister David Cameron as a senior adviser.

Invoices issued by metals magnate Sanjeev Gupta’s Liberty Commodities and sold to Greensill formed part of the collateral for the loan, according to documents seen by the Financial Times and people familiar with the transaction. Yet several of the parties named on the invoices have told the FT they did no business with Liberty.

The apparent failure to spot that suspicious invoices were pledged as collateral casts fresh light on risk management failures at Credit Suisse.

It also raises new questions over the practices at Greensill and Liberty. The commodities company is part of Gupta’s GFG Alliance, which is being probed by the UK’s Serious Fraud Office and French police over suspected fraud and money laundering. GFG has consistently denied any wrongdoing.

Five more stories in the news

1. European parliament shaken by Qatar corruption scandal The EU legislature is at the centre of a spreading corruption scandal after Belgian police seized €600,000 in cash and detained two MEPs as part of an international investigation into claims that World Cup host Qatar sought to buy influence.

2. National Grid asks standby coal plants to fire up With temperatures falling below zero and demand for electricity soaring across the UK, the grid operator has instructed two emergency-use coal generators to start warming up as the network faces its first big test of the energy crisis.

3. Fusion breakthrough boosts hopes for clean power US government scientists have made a breakthrough in the pursuit of limitless, zero-carbon power, achieving a net energy gain from the same fusion reaction that feeds the sun. The process could provide a reliable, abundant alternative to fossil fuels and conventional nuclear energy.

Rail strike vote The National Union of Rail, Maritime and Transport Workers closes ballots on the latest pay offer today. The union is recommending that members reject the proposed deal.

Golden Globe nominations Nominees are announced for the 80th Golden Globe Awards, ahead of the ceremony on January 10.

What else we’re reading

Migration fatigue: Europe braces for new influx of Ukrainians Just as some refugees were beginning to return to their cities, Russia’s sustained bombardment of Ukrainian power and water facilities has forced residents to leave once again. As winter closes in, EU member states are braced for an influx of migrants.

Can India build a military strong enough to deter China? Violent clashes between Chinese and Indian border troops in the Indian territory of Ladakh in 2020 acted as a wake-up call for New Delhi. Analysts say future clashes between the world’s two most populous countries cannot be ruled out, and some believe India is still not doing or spending enough on its military capabilities as tensions rise.

Chelsea Manning: ‘I can dish it out as much as I can take it’ Sitting down for Lunch with the FT, Chelsea Manning — former US army analyst and whistleblower — chats about estrangement from friends and family, why the internet brings out the worst in people, the ethics of secrecy and her new memoir README.txt.

‘Decoupling spells an end to corporate opacity’ Companies large and small have done so much complex outsourcing that they literally have no idea how to make their own products by themselves anymore, writes Rana Foroohar. Now that “decoupling” is all the rage, business leaders need detailed risk maps to begin to understand their own global supply chains.

The problem of everything being too convenient Our convenience culture, in which Alexa can change the channel and Ocado can deliver our groceries, has rewired our brains to perceive even small nuisances as full-on disasters, writes Robert Shrimsley.

From Antwerp to Zanzibar, travel writers share their favourite discoveries of the year — and their disappointments.