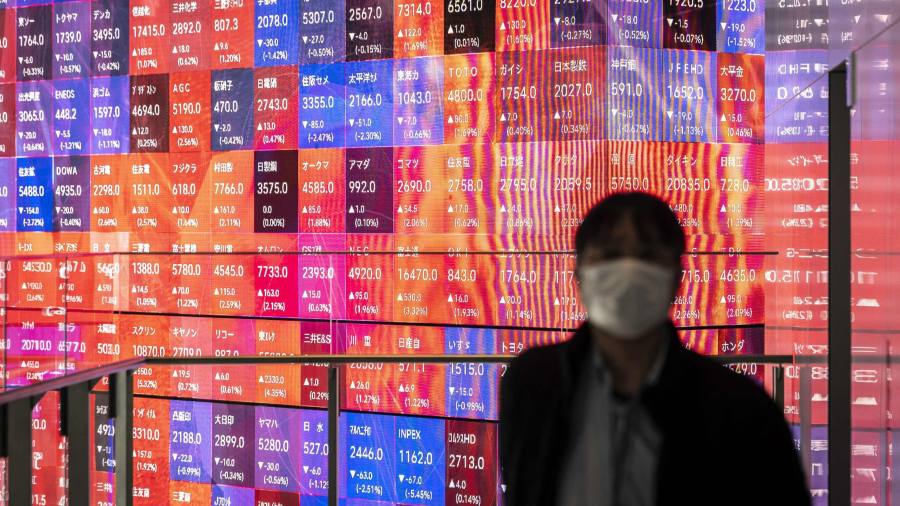 Inverse Japanese government bond or inverse US Treasury ETFs will be launched “sooner or later” in Japan, because local institutions are on the lookout for more instruments to minimise risk exposure, a Tokyo stock exchange official said.

“That’s the one interesting agenda that asset managers are looking at,” said Kei Okazaki, head of ETF secondary trading at the Tokyo Stock Exchange, who regularly communicates with about 700 institutional investors every year.

“There’s investor demand for [US] Treasury inverse and JGB [Japan government bond] inverse ETFs, and technically they’re not too difficult to formulate,” he added.

Banks, which have large positions in Japanese government bonds and US Treasury bonds, could use inverse products to hedge against potential declines in their portfolios.

Some Japanese traders have also shorted government bonds, hoping the Bank of Japan will shift away from its longstanding policy of capping bond yields.

BlackRock manages the only Japanese government bond ETF in the market, the iShares Core Japan Government Bond ETF, which has garnered $119.4mn in assets, according to Morningstar data.

The ETF posted a loss of 5.22 per cent in the year to October, in line with its benchmark FTSE Japanese Government Bond Index’s minus 5.15 per cent return over the same period, according to BlackRock data.

Leveraged and inverse ETFs have been making a broader comeback in Japan, after a gap of more than six years between fund launches from September 2015 until February this year, when Daiwa Asset Management launched the iFreeETF Nasdaq 100 Inverse ETF.

A﻿sset managers have begun to take notice of the high trading volumes, with the median trading volume of such funds coming in at 1.1mn units in October — almost twice that of all ETFs, exchange data show.

The 30 leveraged and inverse ETFs currently listed in Japan have total assets of US$5.4bn, making up about 2 per cent of the entire $253bn Japanese ETF market, according to Morningstar data.

Daiwa AM is the only asset manager that has rolled out such funds so far this year with three new funds, which are the first ones to track the Nasdaq 100 index in the category.

“Daiwa would like to be a company well known for providing Nasdaq-linked ETFs,” said Masafumi Fujiwara, managing director of Daiwa AM’s ETF business.

*Ignites Asia is a news service published by FT Specialist for professionals working in the asset management industry. It covers everything from new product launches to regulations and industry trends. Trials and subscriptions are available at ignitesasia.com.