Mariana Mazzucato: Unleash the state on the climate crisis 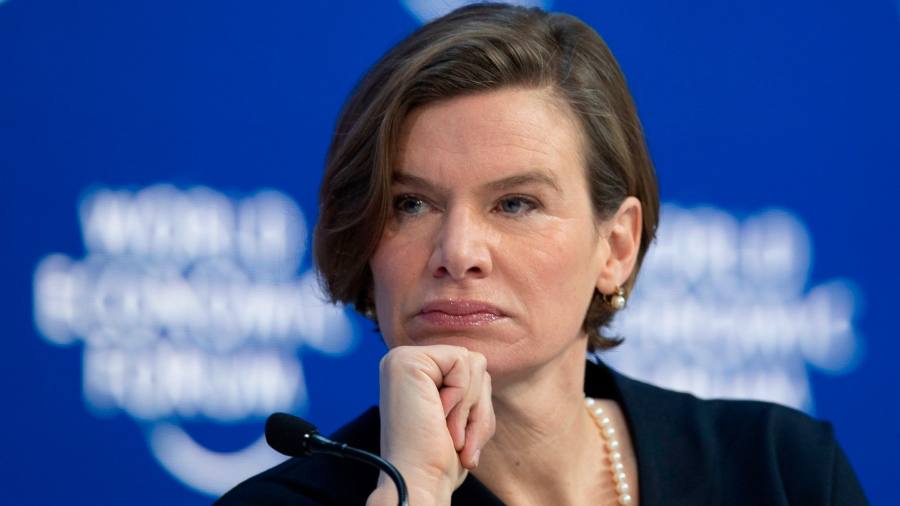 Welcome back. This has been a rough week for those with high hopes for voluntary corporate action on climate change. Vanguard, the world’s second-biggest asset management company, has pulled out of the Net Zero Asset Managers initiative, complaining of “confusion about the views of individual investment firms”.

As we’ve been writing, this follows an intense backlash from US Republican politicians against the financial sector net zero agenda. After several big financial companies threatened to quit Gfanz, the umbrella grouping for NZAM and other sectoral alliances, it loosened its standards to keep them in the tent. It seems that may not have been enough. Vanguard is by far the biggest name to quit Gfanz since its high-profile launch last year — and others may now feel emboldened to follow.

Another blow to the green-hearted has come here in London, where Rishi Sunak’s government has authorised the UK’s first new coal mine in three decades. You could read this as a ham-fisted move from a reactionary administration — or as a broader sign of governments’ wavering green commitments amid energy market turmoil.

Where do we go from here? That was the subject of my conversation with the influential author and academic Mariana Mazzucato. Instead of pinning our hopes on voluntary corporate action, she says, we should look to governments to galvanise change — not through tinkering with energy policy for short-term fixes, but by making better use of their investing firepower.

Also today: asset managers have been complaining that corporate audits don’t take climate risks seriously enough. So what are they doing about it? Kenza has the latest. (Simon Mundy)

Time for states to take the lead on climate investment, says Mariana Mazzucato

In the intensifying intellectual debate over the future of capitalism in recent years, one of the most influential — and disruptive — voices has been that of Mariana Mazzucato, an Italian-born academic at University College London who has taken a string of senior advisory roles to major global institutions and governments.

At the core of Mazzucato’s argument — as set out in an acclaimed series of tightly argued books — is a rebellion against the idea that the private sector should set the course of the global economy. Instead, she argues, the state needs to take a far more proactive approach, using its huge resources to tackle society’s most urgent problems head-on, and “crowding in” private investment in the process.

And nowhere is this approach more urgently needed, she told me in a recent conversation, than in the response to the climate crisis. Too often, Mazzucato argued, we have been assuming that voluntary initiatives by the private sector can pave the way for effective government action. “I think it’s the opposite,” she told me. “If you look at the internet, nanotech, biotech — government money tends to lead.”

Not only should governments craft laws and regulations conducive to private sector investment in the energy transition, she argues — states need to make much fuller use of their enormous financial firepower. When they have used that clout, she complains, they’ve often had an excessively tight focus on specific sectors — witness, for example, the UK’s controversial efforts to bolster the vehicle battery sector.

Instead of targeting specific industries, she reckons, governments need to organise their investment plans around clearly defined “missions”.

“The point of the entrepreneurial state is not to flood the system with money — it’s about tackling problems,” she told me.

I suggested that the development of Covid-19 vaccines could be seen as an example of successful intervention by states — notably the US government — that put huge sums of money behind that endeavour. Not quite, Mazzucato replied.

“The mission is not the vaccine,” she said. “The mission is to vaccinate the world, if you have a global pandemic. And they failed miserably because of intellectual property rights, and all sorts of really dysfunctional behaviour.”

I asked Mazzucato if she thought any government was getting this right. The European Commission — one of her advisory clients — had made a start, she said, by allocating a chunk of its €95.5bn Horizon research funding programme to mission-driven investments. Mazzucato also approves of the bloc’s REPowerEU programme, launched this year with a mission of reducing its dependence on Russian fossil fuel imports and boosting energy security more broadly. That’s led to initiatives like a new scheme by Germany’s KfW development bank, supporting the steel sector’s transition through subsidised loans with green conditions attached.

But it’s not just in heavy industry that the state can galvanise change, she pointed out. In any country, the food procurement systems for state-run schools dwarf most commercial restaurant chains, giving them enormous purchasing power that they could use to push food systems in a more sustainable direction. But few governments — with the exception of Sweden — have yet taken up that opportunity, she said.

“We have states that, at worst, aren’t doing anything, and at best are fixing market failures,” she said. “But bandaging things up, by definition, means you’re doing too little, too late. The state should be co-creating markets, not just fixing markets.” (Simon Mundy)

A fiery report published earlier this week by Republicans on the US Senate’s banking committee alleged that asset managers BlackRock, Vanguard and State Street, which hold shares in index funds on behalf of clients, use their “enormous” voting power to push “liberal social goals” on ethical issues in ways that are “unmoored from financial performance”.

The senators accused the Big Three of insufficient transparency, for example, on votes meant to influence companies’ climate strategy and push them to decarbonise. It was the latest salvo in a political backlash against money managers’ public support for the energy transition.

But analysis by campaign group Greenpeace of routine audit-related votes suggests these and other asset managers’ positions on environmental issues are not as strident as the political attacks that unfolded this week might suggest.

It analysed the voting stance of 50 leading investors, including the US Big Three, and European investors like Amundi and HSBC Asset Management.

Others among those 50 investors had in April written to 17 European companies — from miner Rio Tinto to oil giant BP — who they said were failing to fully disclose critical climate risks in their company accounts. The investors warned in their letters that they would use shareholder votes to push the companies to consider climate matters that could affect investors in financial statements and audits, Reuters reported at the time.

Yet when the companies’ annual meetings rolled around this year, there was no sign of any major investor rebellion on the most important shareholder votes in this area: the appointment of auditors and audit committee chairs, and the approval of financial statements. At every one of the 17 companies, as well as at US energy giants Chevron and ExxonMobil, management won more than 90 per cent support on each of those three key votes.

“There’s no way as an investor you can make an informed judgment about how a company is dealing with risk unless this is clearly documented in its annual accounts,” Charlie Kronick, senior programme adviser at Greenpeace, told me. “If US officials in Republican states could see an accurate representation of the risk from climate change in accounts, it would be difficult for them to claim that activist voting is ideological when it is clearly based on real risks to the climate, to the economy and to shareholder value.”

BlackRock, Vanguard and State Street have all emphasised their primary agenda is to maximise returns for shareholders. Countering the Republican senators’ point on voting transparency, Vanguard, which left a club of asset managers committed to net zero earlier this week, has said it will trial a scheme that allows retail investors to vote directly on proxy ballots.

Getting audit related votes right is central to ensuring economic prosperity in the face of climate risks, Natasha Landell-Mills, head of stewardship at the asset manager Sarasin & Partners, told me. “It is absolutely within the remit of stewards of capital to ensure company accounts are not misrepresenting the facts.” (Kenza Bryan)

FT columnist Jemima Kelly is struck by the key emotion expressed by Sam Bankman-Fried, founder of the fallen crypto company FTX: embarrassment. “I’m not sure,” she writes, “whether feeling embarrassed quite cuts the moral mustard when we are talking about as much as $8bn having gone missing, as many as 1mn creditors having lost their money, and a collapsed $32bn crypto empire being investigated by criminal prosecutors.”

How effective is your company at combating climate change? The FT and data provider Statista are currently compiling the 2023 editions of Europe’s Climate Leaders and Asia-Pacific Climate Leaders — two surveys listing the businesses that have gone furthest in reducing their carbon emissions intensity. If you think your company might be eligible, please click through to the Europe and Asia-Pacific calls for entries, where you can find details of how to participate.