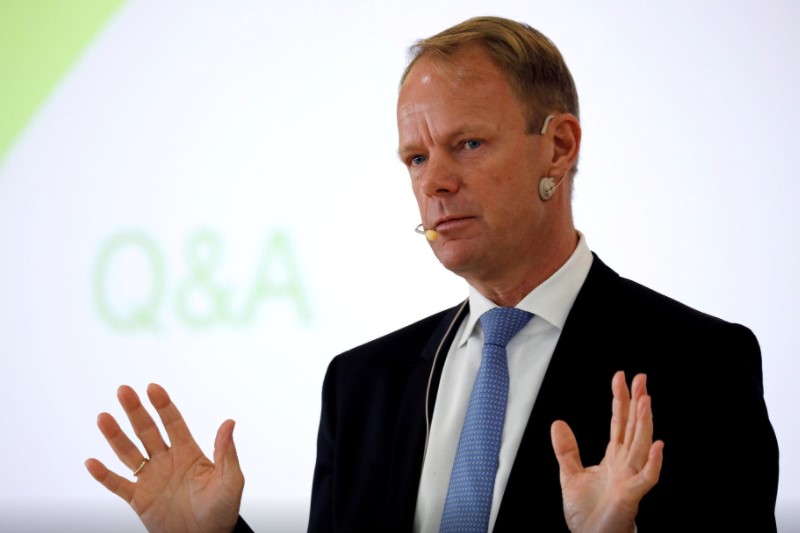 WASHINGTON (Reuters) – A crackdown by U.S. drug wholesalers in response to the opioid crisis is preventing some pharmacists from dispensing a combination of stimulants and sedatives routinely prescribed by psychiatrists to help patients manage conditions like anxiety and ADHD.

Five independent pharmacists in five different U.S. statestold Reuters that in recent months they were notified by thewholesalers that they would be cut off from the distribution ofall controlled substances after filling prescriptions forpsychiatric drugs such as the stimulant Adderall – used to treatattention deficit hyperactivity disorder (ADHD) – andanti-anxiety drug Xanax. The pharmacists spoke on condition ofanonymity for fear of harming their businesses.

These psychiatric drugs are regulated by the federalgovernment as controlled substances that have high potential forabuse and addiction but are not opioids.

The wholesalers imposed the bans because the pharmacies hadfilled prescriptions written by medical practitioners whofrequently prescribed controlled substances or had filledprescriptions assigning both a stimulant and a sedative to thesame patient, according to interviews with the pharmacists andletters from AmerisourceBergen to one of the pharmacies, seen byReuters.

The U.S. Drug Enforcement Administration (DEA) identifiescombination prescriptions of stimulants and sedatives as a redflag in its guidance to pharmacies on illicit drug use.

Three psychiatrists interviewed by Reuters described suchcombination prescriptions as medically valid and dispensedroutinely for years to manage comorbidities or address stimulantside-effects like insomnia. Comorbidity refers to thesimultaneous presence of two or more diseases or medicalconditions in a patient.

An ADHD patient taking Adderall to focus during the day mayneed the sedative temazepam to sleep at night, or clonazepam totreat anxiety, the psychiatrists said. ADHD and anxietydisorders are among the most common psychiatric disorders andhave a 25% comorbidity rate with each other.

Matthew Goldenberg, president-elect of the SouthernCalifornia Psychiatric Society, a chapter of the AmericanPsychiatric Association, said some members had complained thatpharmacies were no longer comfortable filling combinationprescriptions for controlled substances because of concern theycould be blacklisted.

“This is detrimental potentially to many patients who havecomorbid anxieties along with ADHD, or sleep issues along withADHD,” he told Reuters. “I think it’s a trickle-down effect fromthe opiates.”

The impact on independent pharmacies’ prescriptions ofpsychiatric drugs from the widening crackdown on opioids has notbeen previously reported. There are just over 19,400 independentpharmacies in the United States, representing just overone-third of all retail pharmacies, according to the NationalCommunity Pharmacists Association (NCPA).

The five pharmacists interviewed by Reuters saidwholesalers’ bans on supplies of controlled substancesthreatened the viability of independent pharmacies while lettingchains like CVS Health Corp (NYSE:) and Walgreens Boots (NASDAQ:) AllianceInc off the hook.

CVS, the biggest U.S. pharmacy chain, did not respond torequests for comment for this story. Walgreens, the largestshareholder in AmerisourceBergen, declined to comment. Reuterswas unable to determine to what degree the chains have beenimpacted by the enhanced monitoring.

The U.S. opioid crisis has caused nearly 650,000 overdosedeaths since 1999 and is continuing to worsen, according tofederal government data.

Over the past two years, the three drug wholesalers agreedto a series of settlements totalling billions of dollars following accusations they fueled the opioid crisis by turning ablind eye to high-volume prescribers and “pill mills” thatsupplied addicts rather than patients. The companies have deniedany wrongdoing.

Under pressure from regulators, lawmakers and judicialauthorities, the wholesalers developed algorithms to detectsuspicious prescribing patterns for opioids such as oxycodoneand fentanyl, both used medically as painkillers. They saidpublicly that they’ve enhanced that monitoring this year.

AmerisourceBergen’s Vice President for External andExecutive Communications Lauren Esposito said the companymaintains a “robust” program to monitor and halt suspiciousorders of all controlled substances. It is dedicated tomitigating the abuse of controlled substances withoutinterfering in good-faith clinical decisions made by doctors,she said.

“Pharmaceutical distributors must walk a legal and ethicaltightrope between providing access to necessary medications andacting to prevent diversion of controlled substances,” Espositosaid in a written statement. “We continue to advocate forgreater clarity and regulatory guidance on the matter.”

Cardinal Health and McKesson did not respond to requests forcomment.

The SUPPORT Act of 2018, designed to tackle the opioidepidemic, required the DEA to implement a program withdistributors to record suspicious orders of controlledsubstances and to share that information with state governments.It also mandated the DEA and the U.S. Food and DrugAdministration (FDA) to provide guidance to pharmacies onsuspicious orders.

The DEA, in response to Reuters’ questions, said it does not”participate in the practice of medicine” and does not determinewhat would constitute an “antagonistic combination” of drugs.

A spokesperson for the FDA said that in general it does not regulate the practice of medicine and cited National Institute on Drug Abuse (NIDA) guidance that stimulants should not be used with other medications unless recommended by a physician.

Daniel, a 37-year-old California-based private equityexecutive, said he has been forced to ration Adderall twice inthe past two months because his pharmacy either asked him todelay filling a combination prescription or to fill it partiallyelsewhere amid concerns that the dispensary might be blacklistedby wholesalers.

Daniel, who declined to give his last name over medicalprivacy concerns, said his pharmacist had asked to just dispensehis Klonopin, prescribed for anxiety, and for him to fill hisAdderall prescription elsewhere so that the pharmacy would notget in trouble. He declined to identify the pharmacy.

“I’m the president of a company. I need to confidently makedecisions, and anxiety is not something that allows that tohappen,” he told Reuters.

Psychiatrists said the problem for some patients has been compounded by a nationwide shortage of Adderall in recent months due to manufacturing delays at Teva Pharmaceutical Industries (NYSE:) Ltd, the Israel-based company that produces it. Teva said that, in addition to the production issues, there had been a “significant rise” in national prescription rates for the drug.

“If you’re on a dose of Adderall and you stop it, you canfeel terrible,” said Eric Levander, a Los Angeles psychiatrist,who said at least five of his patients have been unable to filltheir prescriptions at multiple pharmacies because of thecrackdown.

Aside from the medical drawbacks, patients run the risk ofbeing flagged as suspicious in state Prescription DrugMonitoring Program (PDMP) databases – which are accessible bylaw enforcement – for attempting to fill prescriptions inseveral places, he said. ‘Pharmacy shopping’, if it entailsattempting to obtain a narcotic by fraudulent means, istypically a felony and can result in a heavy fines or jail time.

“I had a patient run out of his stimulant medication for afew days, and he was depressed for a week afterwards and screwedup on his exams,” Levander said.

AmerisourceBergen had informed clients in March that changesto its Controlled Substance Monitoring Program (CSMP) would kickin from July 1 as a result of the nationwide settlement, apresentation made public by the company showed.

AmerisourceBergen predicted a higher number of orders wouldbe flagged as suspicious. Previously, the company reviewedsuspicious orders and then either approved or cancelled theshipments but it said that under the new system such orderswould be canceled automatically and reported to regulatorswithout review. AmerisourceBergen said all three wholesalerswere subject to the exact same requirements.

Anne Burns, vice-president of the American PharmacistAssociation (APhA), said that, while wholesalers had initiallyfocused their monitoring on opioid orders, they have increasedtheir scrutiny of stimulants following a rise in the illicitmarket for them.

Reports from pharmacies across the country suggested thefocus was spreading to other controlled substances as well, sheadded.

“We’ve really been pushing the DEA and wholesalers … bemore transparent on how these decisions are made, about what thepharmacy is able to order or not,” Burns said.

The pharmacists interviewed by Reuters said they hadreceived no clear rules on which drug combinations areproblematic nor the ratio of controlled substances as aproportion of total prescriptions deemed suspicious.

The pharmacy owners interviewed by Reuters in California,New York, Florida, Iowa and Kansas described a near-identicalpattern for the three wholesalers.

Firstly, individual orders would be denied withoutexplanation, followed by a letter from the wholesaler suspendingorders of any controlled substance for a year, citing red flagslike suspicious combinations of drugs or filling prescriptionsfrom medical practitioners who prescribe too many controlledsubstances.

Then, pharmacies were given a window to appeal that decisionbut then told within a month their response was not satisfactoryand the ban on orders of controlled substances would stand.

“It’s a real challenge for smaller pharmacies to defendthemselves against this kind of behavior,” said Al Harris,lawyer for Ken’s Sunflower Pharmacy in Kansas.

The pharmacy sued AmerisourceBergen for breach of contractafter it banned Sunflower in June from ordering controlledsubstances, saying it filled prescriptions written by a doctorprescribing too many controlled substances and filled too manyprescriptions containing ‘antagonistic combinations’.

“My client is not diverting oxycodone under the streets,”said Harris. “He’s a small pharmacy, and they can crack down onhim with nearly no financial detriment to themselves.”

AmerisourceBergen said its diversion control program appliedto all orders across all companies – regardless of chain orindependent affiliation.