US stocks slide as investors weigh up robust economic data 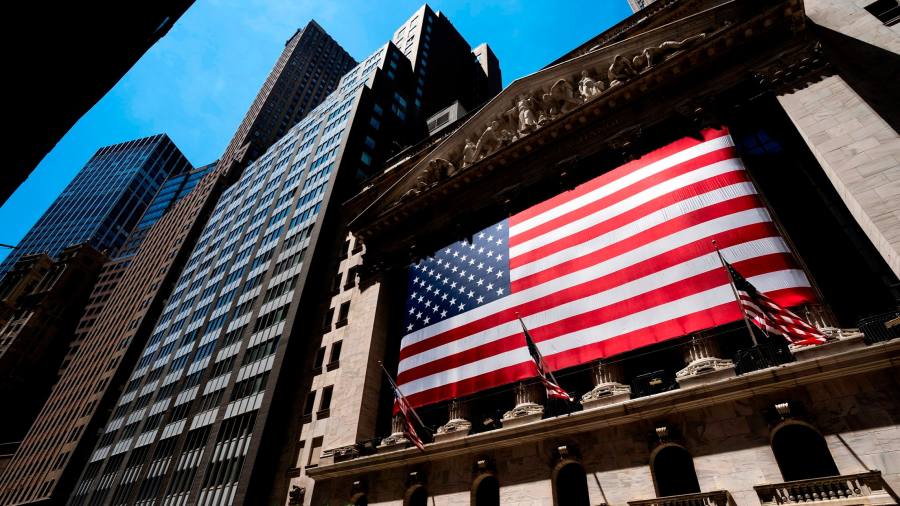 US stocks notched their biggest weekly drop in more than a month as investors took a series of hotter than expected economic data as a sign that the central bank would keep interest rates higher for longer to curb persistent inflation.

The benchmark S&P 500 fell 0.7 per cent on Friday, following the release of stronger than expected producer inflation data. That took the index’s weekly drop to 3.4 per cent, its biggest decline since late September. The Nasdaq Composite closed 0.7 per cent lower on Friday, taking its weekly decline to 4 per cent, the steepest slide since early November.

Data released during the week showed resilience in the US economy despite the Federal Reserve’s efforts to slow it down by raising interest rates, and come ahead of crucial consumer inflation data on Tuesday and the central bank’s decision on monetary policy the following day.

Data on Friday showed the producer price index rose 0.3 per cent month on month in November, beating consensus expectations. Meanwhile, a report from the Institute for Supply Management on Tuesday showed economic activity in the US services sector expanded for the 30th month in a row in November.

Economists said the stronger than anticipated producer price data would not deter the Fed from raising rates next week because the fight against inflation is far from finished. However, chair Jay Powell late last month laid the groundwork for the central bank to slow the pace of rate rises from its policy meeting next Wednesday.

“A 0.5 percentage point rise looks pretty nailed on at this point,” said Neil Shearing, chief economist at Capital Economics. High rates of inflation have forced the central bank to implement four 0.75 percentage point rises, bringing its main policy rate to between 3.75 per cent and 4 per cent.

Government bonds typically fall in price as borrowing costs rise, as higher interest rates eat into the real returns on fixed-interest securities. The yield on 10-year US government debt in late October hit 4.24 per cent, its highest level since the financial crisis in 2008, but it has since retreated as inflationary pressures have subsided.

“While most are fretting about how far the Fed will go to curb inflation, the bond market has already moved on,” said Jim Paulsen, chief investment strategist at the Leuthold Group.

Oil prices had heavy losses in the week, with international benchmark Brent crude and US standard West Texas Intermediate each losing about 10 per cent. It was the biggest weekly decline since April for WTI, and the largest since August for Brent.

The moves come as Beijing prioritises economic growth over suppressing the virus for the first time since the coronavirus pandemic began. Analysts, however, caution that infections are likely to surge as a result, delaying a swift reopening of the economy.

“Activity will probably remain depressed until the second half of 2023, with the reopening infection wave keeping many people at home,” said Julian Evans-Pritchard, senior China economist at Capital Economics.

Hong Kong’s Hang Seng index added 2.3 per cent and has risen more than a fifth in the past month.

The Hang Seng Mainland Properties index, which tracks some of China’s largest developers, rose 9.9 per cent during the session, bolstered by Beijing’s recent moves to end a ban on equity refinancing and extend $162bn in loans through state banks. Country Garden, the country’s biggest real estate company by sales, added 8.5 per cent.

China’s real estate developers have endured a difficult year and the HSMP remains on track for its worst year in a decade despite having risen 33 per cent this quarter.