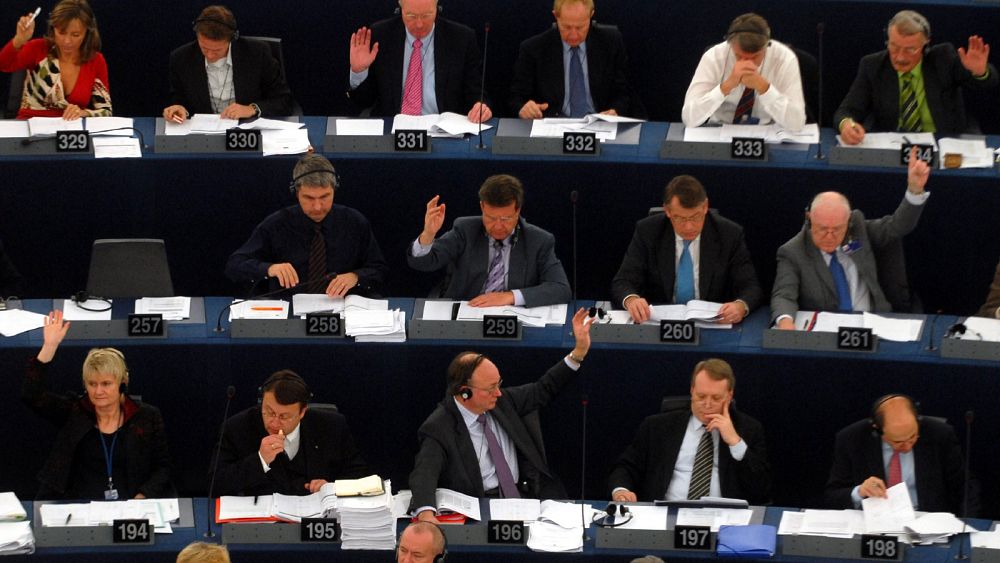 Calls to reform lobbying rules for European Union institutions are growing as Brussels reels from a corruption scandal involving the European Parliament.

Greek MEP Eva Kaili, a vice president of the parliament, is among four charged amid the investigation into suspected influence peddling involving a Gulf country.

Belgian media have linked the probe to World Cup hosts Qatar; Doha has denied the accusations.

Kaili was arrested after Belgian police staged 16 raids across Brussels on Friday during which they recovered around €600,000 and seized computer equipment and mobile telephones.

The house of a second MEP, from Belgium, was also searched over the weekend but their identity has not been confirmed.

“It is a serious scandal, possibly the biggest ever. I think it is isolated in terms of its size, but I think there might have been smaller cases that have gone undetected in the past,” Emilia Korkea-aho, a professor of European law and legislative studies at the University of Eastern Finland, told Euronews.

“If there is any silver lining to this, I think it is that the EU must seriously consider revamping its lobbying and ethics system,” she added.

Lobbying is currently defined by the EU as “all activities (…) carried out with the objective of directly or indirectly influencing the formulation or implementation of policy and the decision-making processes of the EU institutions, irrespective of where they are undertaken and of the channel or medium of communication used”.

The bloc has rules governing lobbying of its institutions, with at its core the so-called transparency register, a public database holding up-to-date information about those actively engaged in activities aimed at influencing EU policies.

The database now counts over 12,400 registrants.

Roughly half are in-house lobbyists — those who work for companies and groups — or people representing trade or professional associations including trade unions. Another 3,400 of them represent non-governmental organisations.

The other main categories include consultants, research institutions, organisations representing churches and religious communities and those representing local, regional, or municipal authorities.

But officials of third countries are exempt “so, for instance, if the US embassy lobbies the EU, they do not need to register,” Korkea-aho said.

There are currently only five registrants for entities, offices or networks established by third countries.

What are the rules?

Meetings between EU officials and these registrants are meant to be logged but not all EU staff have the same metrics for recording meetings.

“High-ranking Commission officials keep meeting diaries in which they record meetings with lobbyists. The MEPs have been generally opposed to recording their meetings, invoking the idea of freedom of mandate. There is now a rule according to which for instance rapporteurs in the European Parliament must register their meetings with lobbyists, but this rule is applied very unevenly,” Korkea-aho said.

There are other rules which vary depending on the institutions.

There are also rules on jobs they can have immediately after they leave office, with a so-called cooling off period necessary for certain kinds of activities, in particular lobbying.

This one has already been at the centre of another scandal.

Former Competition Commissioner Neelie Kroes tried to lobby the Dutch government in 2015 to have the police “back off” from an investigation into Uber’s Amsterdam office, according to leaked documents known as the Uber Files.

At the time Kroes had recently left the European Commission and was just a few months into her 18-month cooling-off period. The commission had rejected her request for permission to take up a well-paid position on Uber’s advisory board.

‘A lot of loopholes’

For Alberto Alemanno, EU Law professor at HEC Paris, although the EU’s ethics and integrity system is “quite sophisticated, quite advanced”, it actually has “a lot of loopholes”, especially when it comes to the European Parliament.

“It is the only institution that basically has virtually no rules imposed on their representatives and very weak enforcement of those ethical rules.”

“Basically a quarter of our representatives’ side jobs are exposed to a conflict of interest on a daily basis. And this affects not only the image of the European Parliament but of the old European integration process and also affects the very interest of the Union at a time of unprecedented geopolitical reshuffle. “

Efforts to increase transparency at the EU level are underway.

The Commission has proposed the creation of a new independent EU ethics body to probe all such matters across all the various institutions and agencies but also to harmonise rules between them.

Commission President Ursula von der Leyen told reporters on Monday on the issue that “Vice President (Věra) Jourová is currently discussing with the European Parliament and Council the way forward.”

“For us, it is very critical to have not only strong rules, but the same rules also covering all the European institutions and not to allow for any kind of exemptions.

Von der Leyen added that officials were checking entries in the transparency register.

“We have one [ethics body] with very clear rules internally at the European Commisison and again, therefore I think it is time to discuss whether we could not establish this overall for all European institutions. I’m not advocating that others join the same type we have but the principles of having such an ethics body where there are very clear rules on what has to be checked, how and when, and what has to be published, how and when, would be a big step forward,” she said.

For Korkea-aho, “we need legally binding rules and their credible enforcement. In other words, the register should be mandatory. Enforcement of the rules should also be strengthened.”

“All the Commission officials and all in the Parliament (not just rapporteurs) should register their meetings. Enforcement should, again, be strengthened,” she said.

Transparency International meanwhile released a list of 10 demands over the scandal on Monday. The anti-corruption NGO is calling on non-EU governments who lobby Brussels institutions to be included in the transparency register and for the European Parliament to reform its internal whistleblower rules.

It also wants the establishment of a new independent external body to replace the Advisory Committee on the Conduct of Members, which it deems “toothless”, and for the immediate introduction of  “strict financial control rules” in relation to all MEP allowances.

German MEP Daniel Freund (Greens/EFA) has meanwhile called for meetings of EU officials with representatives of foreign governments to be disclosed.

“The EU must improve this immediately. Lobbying from third countries [non-EU countries] must be published in the lobby register,” he said in a statement.

Man, 60, dies after a brawl broke out in the stands of a middle school basketball game in Vermont