‘EU democracy is under attack,’ Metsola says about corruption scandal 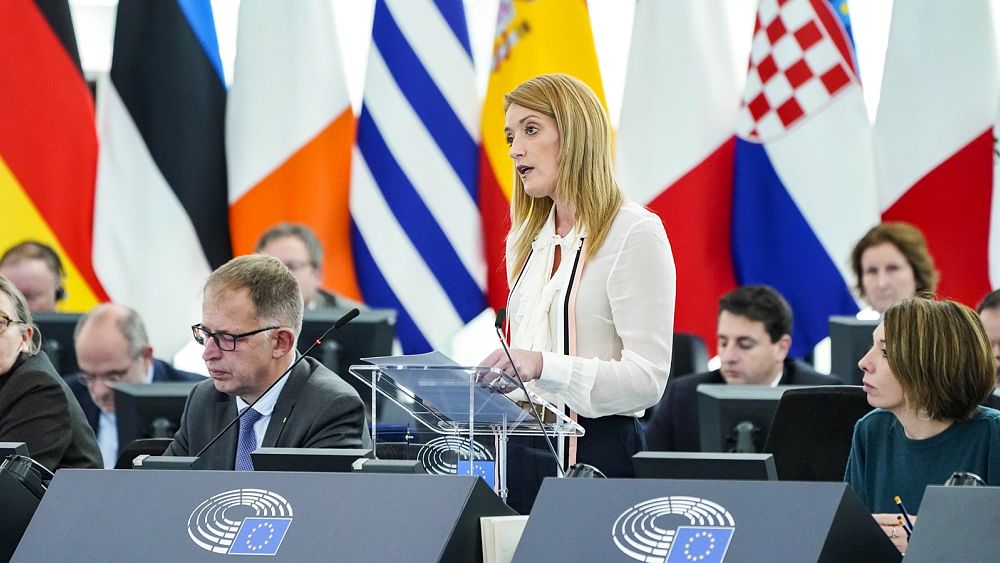 Roberta Metsola, the President of the European Parliament, has addressed what is perhaps the gravest corruption scandal to hit the hemicycle in recent years.

“Make no mistake, the European Parliament, dear colleague, is under attack. European democracy is under attack,” Metsolsa said during the opening of December’s plenary session.

She also vowed there would be “no impunity” for those responsible for breaking the law and announced a reform process on lobbying and transparency rules.

Eva Kaili, one of the Parliament’s vice presidents, was arrested on Friday by Belgian police as part of a “major investigation” and has been charged with participation in a criminal organisation, money laundering and corruption.

Kaili is suspected of illicit lobbying in favour of a Persian Gulf state, which Belgian media has identified as Qatar, the controversial host of the 2022 FIFA World Cup.

The Greek MEP was reportedly “caught in the act,” the only circumstance that triggers an immediate revocation of parliamentary immunity. Five men, including Kaili’s husband, Francesco Giorgi, who works as a parliamentary assistant, and former MEP Pier Antonio Panzeri, were also taken in for questioning.

On top of that, the house of a Belgian MEP, whose name has not been divulged by the authorities, was raided over the weekend. Metsola had to fly back from Malta in order to be present for the police search, a legal requirement under Belgian law, a spokesperson told Euronews.

Speaking on Monday afternoon, Metsola referred to the “longest days” of her career and to the “fury, anger and sorrow” caused by the shocking developments.

“These malign actors linked to autocratic third countries have allegedly weaponised NGOs, unions, individuals, assistants and Members of the European Parliament in an effort to subdue our processes. Their malicious plans failed,” Metsola said.

“I know also that we are not at the end of the road and we will continue to assist in investigations, together with other EU institutions, for as long as it takes. Corruption cannot pay and we have played our part in ensuring these plans could not materialise.”

Metsola said the allegations surrounding Kaili were not about “left or right” but about “right and wrong” and urged lawmakers to “resist the temptation to exploit this moment for political gain.”

“Do not cheapen the threat we are facing,” she asked them.

“There will be no sweeping under the carpet,” she said. “We will launch an internal investigation to look at all the facts related to the Parliament and to look at how our systems can become yet more watertight.”

Every single group in the European Parliament has requested that a debate on the corruption scandal be held on Thursday. A vote on the matter is to be held later today.

Metsola and political group chairs will meanwhile convene for an extraordinary  Conference of Presidents on Tuesday morning to vote on whether to bring an end to Kaili’s term under Article 21.

In the meantime, the President stripped Kaili of her tasks and responsibilities as vice-president.

“There will always be some for whom a bag of cash is always worth the risk, what is essential is that these people understand that they will get caught,” Metsola said.

“These are challenging times for us all, but I know, I am convinced, that if we work together we can come out of it stronger.”

A legislative file to exempt visa requirements for Qatar and Kuwait, for which Kaili voted in favour in early December, will be sent back to the committee in order to be re-examined.

Watch the video above to follow Roberta Metsola’s speech.