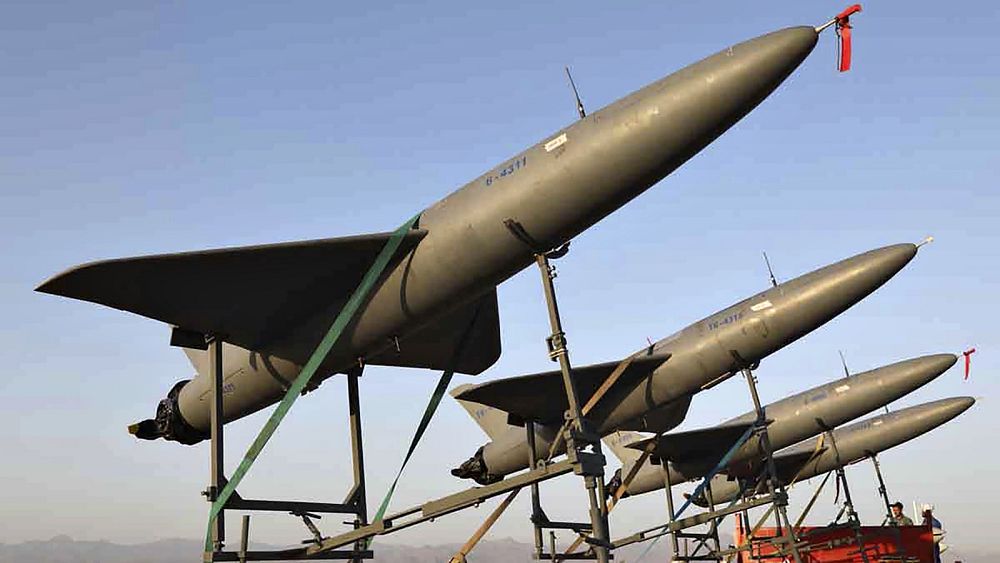 The list of Russian individuals and entities sanctioned by the European Union could grow by about 200 while exports of drones and other unmanned aerial vehicles to Russia and Iran are to be prohibited under a new raft of sanctions proposed by European Commission President Ursula von der Leyen.

Russia’s armed forces, military officers, legislators, ministers, governors, political parties and judges are featured on the Commission’s proposed ninth package of sanctions against Russia over its war in Ukraine.

So far, the bloc has blacklisted 1,241 individuals and 118 entities.

“This list covers key figures in Russia’s brutal and deliberate missile strikes against civilians, in the kidnapping of Ukrainian children to Russia, and in the theft of Ukrainian agricultural products,” von der Leyen said in a statement.

The EU’s executive also wants to cut Moscow’s access to all sorts of drones and unmanned aerial vehicles by banning the direct exports of drone engines to Russia and the export to any third countries, such as Iran, that could supply them to Russia.

Moscow has been accused of using so-called “kamikaze” drones, which self-destroy when they hit their target, to cripple Ukraine’s power grid and kill ordinary citizens. Parts of the country have been plunged into darkness as a result, raising fears of a large-scale humanitarian crisis.

According to Western intelligence, these drones have been supplied by Iran, one of the few allies that Moscow still has on the global stage.

Iran denies providing Russia with this kind of weapon, despite the growing evidence that proves the commercial connection between the two nations.

The sanctions still need to be negotiated by member states before they enter into force. A meeting of foreign affairs ministers is scheduled to take place on Monday.

A new report by Conflict Armament Research, a UK-based organisation, revealed the Iranian drones used by Russia against Ukraine have been built with parts made by American, European and Asian companies, prompting questions about potential loopholes in the West’s united front.

The proposed package of EU sanctions – the ninth since the war began on 24 February – will also introduce new export controls and restrictions on selected chemicals, nerve agents, electronics and IT components that are at risk of sustaining Russia’s war machine in Ukraine.

EU banks and financial institutions will be completely banned from carrying out transactions with the Russian Regional Development Bank, while four Russian channels accused of spreading pro-war propaganda will be taken off the air across EU territory.

Von der Leyen did not name the four media outlets.

The bloc had previously suspended the broadcasting licences of several Russian state-owned channels, such as Sputnik, Russia Today and RTR-Planeta.

The EU will also prohibit its investors from starting new ventures and projects in Russia’s mining sector.

Von der Leyen’s proposal comes days after the EU, the G7 and Australia agreed to impose an unprecedented price cap on Russia’s crude oil at $60 per barrel.

Negotiations around the price cap were linked to the ninth package of sanctions.