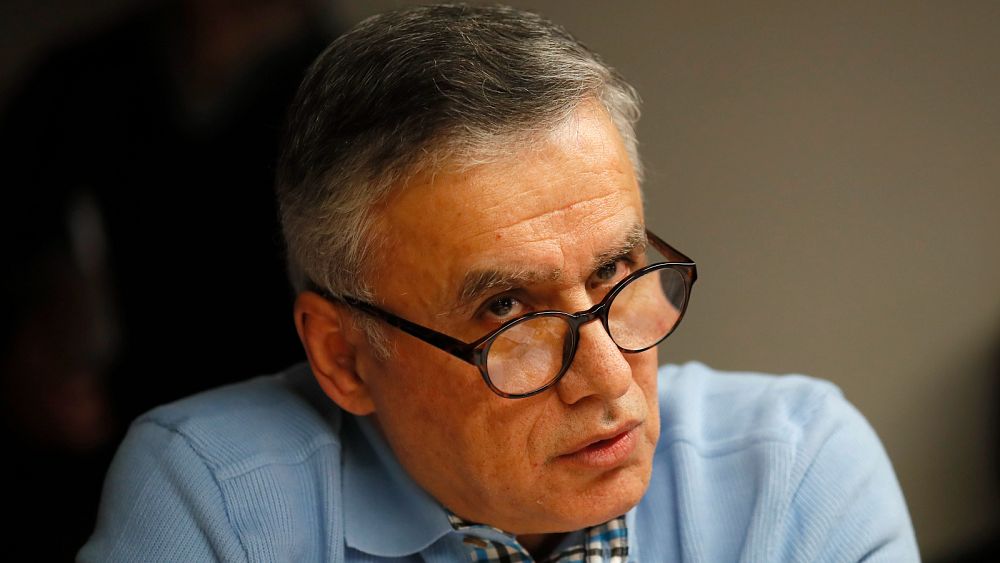 The European Parliament must “stand against” the reported death sentences given to protesters in Iran, according to activist and journalist Taghi Rahmani.

Rahmani spoke last week in Brussels about the situation in his native country, where protests have been ongoing since September over the death of Mahsa Amini after she was taken into custody by the country’s “morality police”.

Human rights organisations have said Iranian authorities are now seeking the death penalty against some protesters in an attempt to quell the movement.

“Our people are protesting against despotism, monopoly and tyranny, and they are pointing their fingers at Mr Khamenei, the leader of the Islamic Republic, who has led our society to very bad economic and social conditions with his tyranny,” Rahmani told Euronews.

“The regime has not yet (retreated), but the people have not given up either, and this is serious fighting,” he added.

Rahmani called for “real, practical and technical support” for Iranian protesters from the international community.

“We certainly do not want war. We are not in favour of a war. We do not want sanctions that will hurt the (ordinary) people, but we want support, practical support for the victory of the people,” he told Euronews.

After Rahmani’s meeting at the European Parliament last week, the body’s president, Roberta Metsola, said that they would support protesters.

“We are with the people of Iran and we will stay with them,” Metsola tweeted.

‘Possible to keep the movement alive’

Back in 2011, Reporters Without Borders called Rahmani Iran’s “most frequently jailed journalist” but it’s his wife, activist Narges Mohammadi, who is currently in prison.

“She was in jail for seven years in the past and this time for eight and a half more years. Even though she is in prison, she supports these protests of the Iranian people,” Rahmani said.

He mentioned that several human rights activists and lawyers remain in prison today in Iran but he has faith that it is the people who will decide the future of the country.

“If we can create gaps in the main core of the central power of the regime, this will be a great victory to continue the protests,” he said.

“I feel it is possible to keep alive this movement because people have energy for that. On the other hand, the government wants to suppress it, but one thing is clear from my point of view: Iranian society will not return to the point it was at before the protests,” he said.