Federal prisons are supposed to provide addiction medication. Prisoners are punished for using it.

Since York arrived in federal prison in 2008, he has been held in a series of facilities awash with contraband drugs and violence. He’s spent tens of thousands of dollars buying the medication illicitly from prison dealers because Suboxone enables him to think and communicate clearly, he said. But he hasn’t been able to get it consistently.

In 2019, he was relieved to learn that the federal Bureau of Prisons was starting a program to expand access to Suboxone, and the following year, a pharmacist at the federal prison in Sumterville, Florida, said he was “priority #1” for treatment, according to his medical records.

In the meantime, he’s been punished for using Suboxone without a prescription. Last year, after York, 46, was caught with the medication, he spent a month in solitary confinement and had his visitor privileges revoked for a year, according to his disciplinary log. He lost access to phone calls and email for four months. And he lost the chance to be released more than a month early.

York is not alone.

The Marshall Project spoke to more than 20 people struggling with addictions in federal prison, and they described the dire consequences of being unable to safely access a treatment that Congress has instructed prisons to provide.

Some have overdosed. Many have gotten involved in dangerous and illicit money-making schemes to pay for Suboxone, which costs about $20 for a small fraction of a daily dose on the illegal market, several prisoners said. Many, like York, have lost phone or visiting privileges or been sent to solitary confinement because they were caught taking the medication. Last year, the Bureau of Prisons disciplined more than 500 people for using Suboxone without a prescription, according to data obtained from the agency by The Marshall Project through a public records request.

“Believe me, 100% I recognize the irony there,” said a bureau administrator familiar with the agency’s addiction treatment programs, who spoke on the condition of anonymity because they are not authorized to speak to the press. “It’s maddening.”

Congress passed the First Step Act four years ago, requiring, among other things, that the Bureau of Prisons offer more prisoners addiction medications, the most common of which is Suboxone. The medications can quiet opioid cravings and reduce the risk of relapse and overdose.

Yet the federal prisons are treating only a fraction — less than 10% — of the roughly 15,000 prisoners who need it, according to the bureau’s estimates.

At the end of October, 21 prisons were not offering any prisoners addiction medication, and another 59 were treating 10 or fewer people — in many cases, just one person, according to bureau data obtained through a Freedom of Information Act request. The rest of the 121 facilities nationwide were each treating a few dozen people at most.

The Bureau of Prisons declined an interview request and would not comment on individual cases. But spokesperson Emery Nelson said in a statement that addiction medicines in combination with therapy and other supports (often referred to as medication-assisted treatment) are the “gold standard” for treatment, and “the Bureau’s goal is to provide high-quality, comprehensive, and accessible medication-assisted treatment at all Bureau locations.”

The bureau would not discuss the barriers to rolling out the program more widely, but prisoners and people who work in the system described a widespread misperception among prison staff that Suboxone substitutes one addiction for another. There’s broad discretion among prison staff about who qualifies for treatment. The bureau also requires patients to get approval from multiple health care providers, and each step has its own lengthy waitlist.

To be sure, the Bureau of Prisons is treating increasingly more people since it launched its opioid medication program. In 2019, 41 people were receiving addiction medications. As of October, that had risen to 1,035 people; more than 80% of them are receiving Suboxone.

“That’s great progress,” said Sally Friedman, an attorney with the Legal Action Center, which has been involved in several opioid medication lawsuits against criminal justice agencies. “But BOP cannot rest until it complies with its constitutional mandate to ensure that every single incarcerated person with opioid use disorder has the opportunity to receive life-saving treatment.”

The bureau’s delay in providing more widespread addiction medication has consequences not only for prisoners but for its employees as well: It “creates an avenue for contraband to flow into the institution through other avenues,” said Aaron McGlothin, union president at the federal prison in Mendota, California. “The BOP is breaking the law” by not providing Suboxone, he said.

For years, the Bureau of Prisons fought in court to prevent people entering the system from staying on the addiction medications they were prescribed by doctors in the community. That began to change in 2018, when the First Step Act was passed and prisons and jails across the country began losing lawsuits from prisoners who argued it was cruel and unusual to deny them the addiction medicine they’d been taking before they were incarcerated.

In 2019, the bureau released internal guidance saying that “all eligible inmates” at all of its facilities would have access to addiction medications. But what constitutes “eligible” leaves a lot of room for interpretation.

Prisoners need to overcome several administrative hurdles before they can begin medication, obtaining clearance from psychological services, then health services, before seeing a prescriber. A records request from early this year showed more than 2,000 prisoners were caught somewhere in the process, waiting to move from one stage to another.

Some say the issues stem from a culture at the bureau that is skeptical of addiction medication and pits staff against prisoners.

One top bureau administrator who has worked in more than 10 federal prisons said he was once a Suboxone skeptic who thought it was just a “crutch.”

“Once I found a doctor that supported it, and started giving inmates Suboxone, my SHU count went down,” he said, referring to the special housing unit, the name for one type of solitary confinement. “There were less fights. There were less debts. The drug dealers on the compound went out of business.” This administrator, who spoke on the condition of anonymity because he’s not authorized to speak to the press, added, “I bought into it because I’ve seen it work.”

When he moved to another prison, the administrator discovered that though the bureau’s official policy is to make addiction medications widely available to those who need them, staff at local institutions have tremendous discretion about who begins treatment and who doesn’t. Some facilities only give one medication and not others. In other cases, facilities refused to give people any of the medications until they were nearing release, he said.

“Once I started inquiring, what I keep getting told is, ‘Well, it’s only for inmates who are close to their release date,’ or, ‘We don’t have enough resources,’” he said. “I’ve only got so much reach. I can’t direct a doctor to prescribe a medication. I’m way out of my lane on that.”

Federal law treats use of any narcotics without a prescription in federal prison — including Suboxone — as a “greatest severity level prohibited act,” allowing officials to punish prisoners by delaying their release date, confiscating their property, taking away their visiting or phone privileges and holding them for up to six months in solitary confinement — which human rights groups have described as torture. Experts say even a few days in solitary can exacerbate the mental illness that is often the cause of, or closely linked to, drug addiction.

The lack of Suboxone treatment comes amid a rise in drug-related deaths behind bars. A variety of substances are routinely smuggled into prisons and jails through mail, drone drops, visitors or corrections officers and other staff. In the last two decades, federal data shows that fatal overdoses increased by more than 600% inside prisons and more than 200% inside jails.

Forty-seven incarcerated people died of overdoses in federal prison from 2019 through 2021, according to internal bureau data released via a public records request. The data does not specify how many of these overdose deaths were caused by opioids and could have been prevented by medications like Suboxone. However, other bureau data offers some clue: During the same period, correctional staff administered Narcan — a drug that reverses opioid overdoses — almost 600 times in federal prisons.

“It’s not easy being surrounded by drugs and expected not to use them,” said Linda Wainwright, who spent five months in solitary confinement and lost the chance she had earned to go home nine months early as punishment for using smuggled Suboxone when prison officials wouldn’t provide her with a prescription. “I begged them to help me,” Wainwright said.

At FCI Fort Dix, a low-security prison in New Jersey, Tyler Scher’s prison psychologist wrote to him saying that he was “shocked” and “at a loss” that Scher was repeatedly denied access to Suboxone, records show. In response to a grievance Scher filed, the warden at his prison said the purpose of the Suboxone program was to prevent “relapse, overdose, and death” among those scheduled “for imminent release from the institution.”

Scher — who is serving a 20-year term for charges related to his girlfriend’s overdose death — had complained of withdrawal symptoms and said that he couldn’t stop using drugs without medication. He’d been written up twice for drug use, he said, and even sent to solitary. At one point, the prison offered him a different medication that he’d tried before and found it didn’t work. When he pushed for Suboxone, officials told him, “You may resubmit a new request closer to your release.”

When prescribed, Suboxone typically comes as a strip of film that patients dissolve under the tongue. On the illegal market behind bars, a strip is cut into 16 or 32 pieces, each of which sells for $20.

To pay for that with paltry prison wages, prisoners get both creative and desperate.

“You wash clothes for people, run around, wash tennis shoes, you have sex with people,” said one man incarcerated in a federal prison that was providing Suboxone prescriptions to less than 1% of the people there as of October, according to Bureau of Prisons data. This man, who asked not to be named because he feared retaliation by bureau officials, said in a phone interview and letters to The Marshall Project that he had his jaw broken by another prisoner and had to spend time in protective custody because “I’ve run up bills and I can’t pay for the stuff, telling people lies.”

Michael Swain had been trying to get on the Bureau of Prisons’ program for eight months when he almost died of an overdose. He’d served four years of an eight-year sentence for a bank robbery that he said he committed to fund his addiction. He was using an underground supply of Suboxone at USP-Coleman, the federal prison in Florida where he was incarcerated, but it was erratic.

Last July, he turned to a much more dangerous drug: K2, a synthetic chemical also known as Spice, which varies widely in potency and purity and can cause everything from a mild buzz to death.

“I started projectile vomiting, real bad sweats and passed out,” Swain said in a phone interview.

Medical staff later told him that he had lain in the infirmary for over an hour, mumbling incoherently and begging them to not let him die, he said. They finally called an ambulance, which brought him to a nearby hospital where, medical records show, he learned he’d had a seizure. “If I had been going to get a regular dose of Suboxone, I would have never seeked the K2,” Swain said. 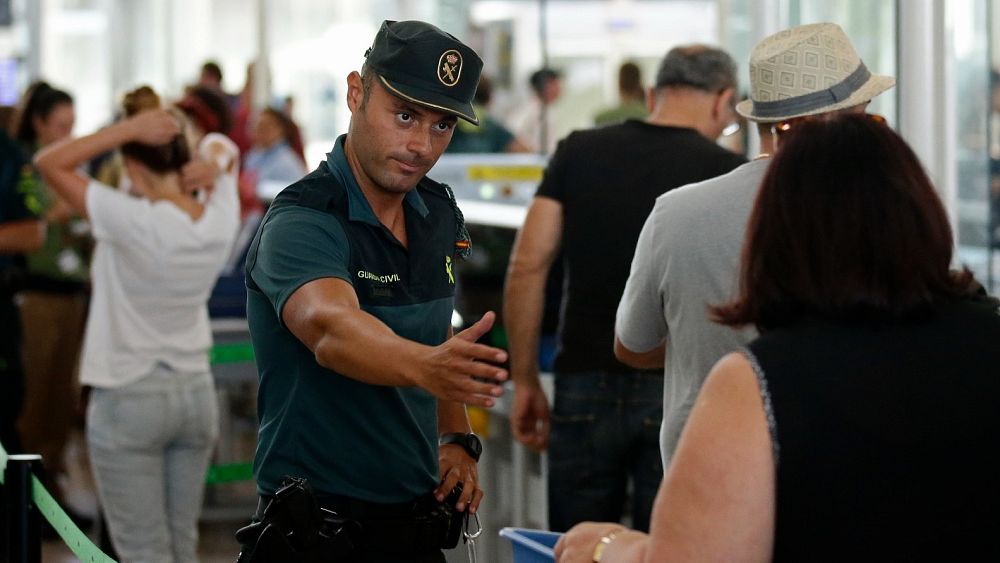