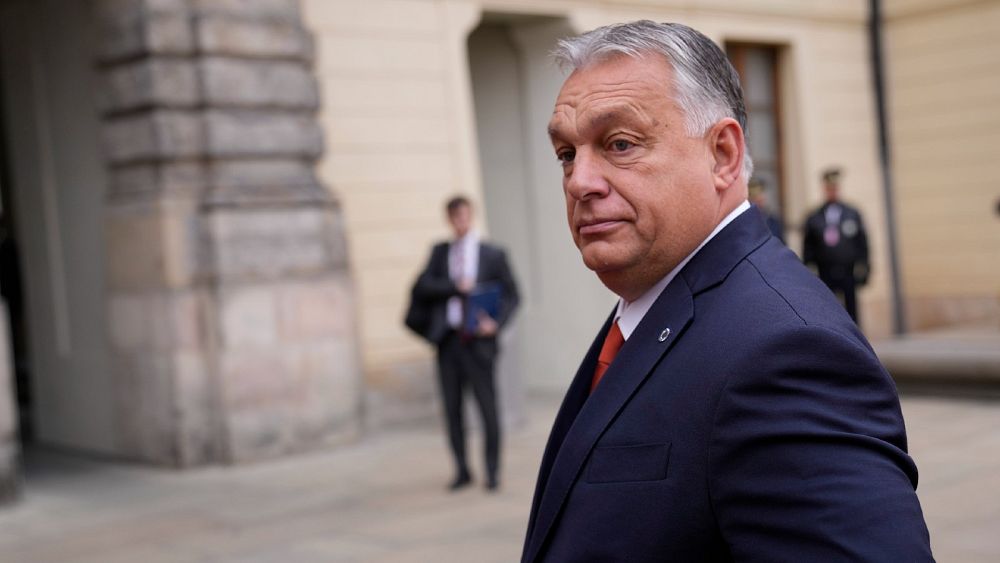 Hungary reached a deal with other European Union countries on Monday night to lower the amount of proposed frozen EU funds it has in exchange for lifting its veto on assistance to Ukraine and a global corporate tax.

The Commission had last month recommended that EU countries vote to freeze €7.5 billion of cohesion funds to Hungary after concluding that reforms undertaken by Budapest to strengthen the rule of law had fallen short.

But EU ambassadors gathered in Brussels on Monday evening agreed to lower the frozen funds to €6.3 billion. They also agreed to back the country’s €5.8 billion post-COVID recovery plan, known as RRP.

In exchange, Bupadest lifted its veto on two key files that required unanimity: an €18 billion assistance package to Ukraine and a global corporate tax.

“Megadeal! EU ambassadors approved in principle a package of €18 billion in support for Ukraine, 15% minimum tax for big corporations, approval of Hungary’s RRP and an agreement on conditionality,” the Czech Presidency of the Council said on Twitter.

Budapest will however still need to complete the 27 “super milestones” set out by the EU Commission in order to get the funds under the conditionality mechanism and the recovery plan.

These include reforms to strengthen judiciary independence, new rules on auditing and reporting on EU funds, the creation of new independent anti-corruption bodies, and stronger rules to crack down on conflicts of interest.

A senior EU official said last month that it expected Budapest to attain these milestones before the end of the first quarter.

The decision is likely bruising for the Commission which had last week — after being asked by some of the bloc’s member states to release a new rule of law analysis that would include reforms passed by the Hungarian government earlier this month in a bid to lower the amount frozen — stood by its initial assessment.

It is therefore a victory for Budapest which successfully wielded its veto on the two other key files in order to secure the EU funds.

On the package of assistance to cover Ukraine’s budget shortfall for 2023, Budapest had argued against raising money on the markets and said it preferred providing assistance to Ukraine on a bilateral basis despite its share being lower as part of an EU package.

It opposed the global corporate tax, known as Pillar II, for months arguing that with the world economy in the slump because of COVID-19 and Russia’s war in Ukraine it was not the time to raise taxes. Yet it upped taxes for small businesses over the summer triggering mass protests.