Hydrogen pipeline between Spain and France to be complete by 2030 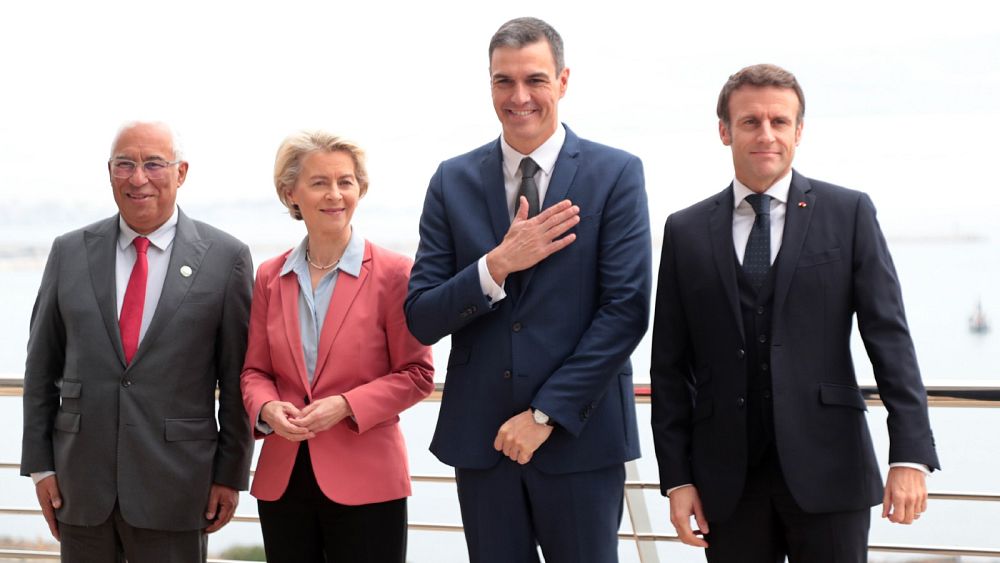 The undersea pipeline between Barcelona and Marseille is to only carry hydrogen and should be completed by 2030, leaders said on Friday.

The H2MED project, agreed upon between the leaders of France, Portugal and Spain in October, was initially meant to first carry natural gas.

But speaking following a trilateral meeting ahead of a summit of EUMED leaders in Alicante, Portuguese Prime Minister Antonio Costa confirmed that the new corridor will be “exclusively dedicated to green hydrogen”.

The pipeline should cost around €2.5 billion, according to Spanish Prime Minister Pedro Sanchez, and enable the transport of two million tonnes of hydrogen per year.

French President Emmanuel Macron, for his part, confirmed that the three countries will submit the project to the European Commission before by December 15 to have it declared as a “project of common interest”. This would enable it to claim up to 50% of its cost from EU funds.

Macron also estimated that it should be completed by 2030.

The EU has made hydrogen the cornerstone of its strategy to reach carbon neutrality by 2050 with the share of hydrogen in the bloc’s energy mix seen reaching up to 20% by mid-century.

It has also responded to Russia’s war in Ukraine by unveiling a €210 billion plan, called RePowerEU, to speed up the energy transition, diversify energy supplies and boost connections between member states.

“The Russian war against Ukraine has made it quite clear that we need to reinforce our energy security in Europe. Obviously, this security entails increasing our ability to produce energy without relying on third parties. And also, even if we are forced to import some energy, it’s important to drive diversify the sources and routes taken by energy imports. The more diversification, the less dependency we will have,” Costa told reporters.

Also present at the meeting in Alicante, European Commission President Ursula von der Leyen said the H2MED project “goes in the right direction” as it “has the potential to help us build a real European hydrogen backbone.”

“We will produce ten million tonnes of renewable hydrogen in the EU by 2030 and we plan to import in addition another 10 million tonnes. Hydrogen that will have to reach our industry. This is why we also identified a series of strategic corridors including one crossing Europe from West to East, via the Iberian Peninsula.”

“This is why today I warmly welcome this agreement between France, Spain and Portugal,” she said.

Portugal currently produces the most affordable renewable hydrogen in the EU, according to a report by Hydrogen Europe, which also estimated that decarbonisation with hydrogen will require $15 trillion between 2022 and 2050.