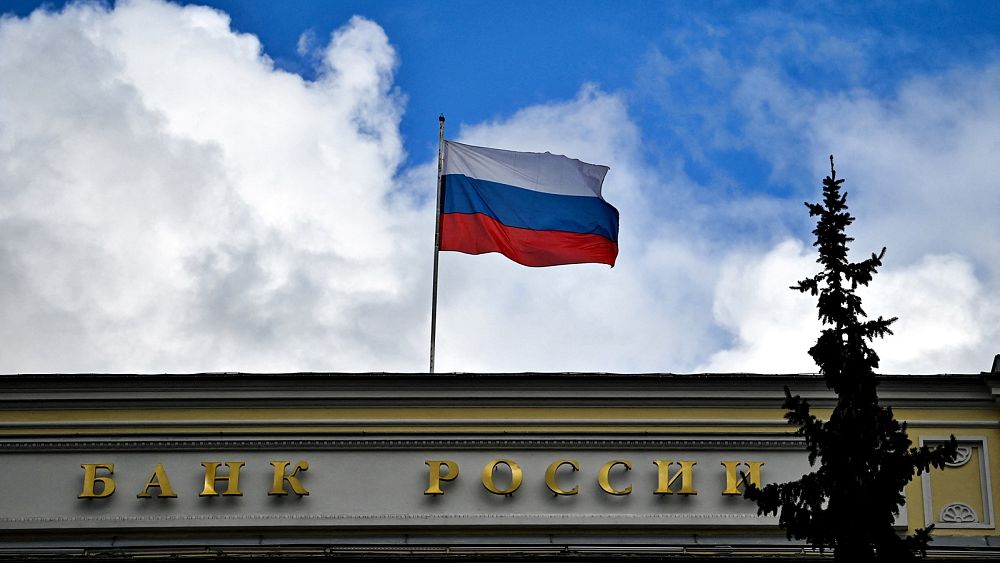 The European Union is stepping up work to confiscate the Russian-owned assets that have been frozen under EU sanctions and use them to finance the costly reconstruction of Ukraine.

The plans, which include re-investing the international reserves of the Russian Central Bank, represent a challenge without precedent for the bloc and are ridden with legal risks and obstacles.

“Russia and its oligarchs have to compensate Ukraine for the damage and cover the costs for rebuilding the country.”

The World Bank initially estimated the cost of reconstruction and recovery in Ukraine to be close to €350 billion, but the European Commission later put the figure around €600 billion. The number is expected to increase as the war goes on.

In the midst of an economic downturn, confiscating and selling frozen Russian assets has emerged as a potential avenue to raise money for the cash-strapped authorities in Kyiv.

Although they can be periodically renewed, EU sanctions are always temporary, which means the assets will have to be eventually returned to their original owners.

Before that happens, the Commission intends to establish a new framework to ensure confiscation becomes a solid, bulletproof solution to “make Russia pay,” as von der Leyen put it.

In a working document sent to member states on Wednesday and seen by Euronews, the executive offers a starting point for discussions, which are poised to gain further traction next year.

As of today, EU countries cannot confiscate private assets simply because they have been targeted under EU sanctions. They can, however, use a criminal conviction or a criminal association involving the owner in order to expropriate and sell off the property.

Organised crime, money laundering, corruption, cybercrime, drug trafficking and terrorism are some of the offences that can be employed as a basis to justify the confiscation.

The European Commission is working to expand this list to encompass more crimes, such as migrant smuggling, arms trafficking, piracy of products and, crucially, the violation of EU sanctions.

But there will be no retroactivity in these new legal changes: confiscating the €18.9 billion private assets that have been frozen until now will need to be done under current legislation, which varies among EU countries.

The European Commission has refused to provide a country-by-country breakdown of where these goods are based. Privately, officials acknowledge that legal fragmentation might leave some assets untouched.

“The €18.9 billion are already susceptible to being confiscated if the conditions are met and criminal convictions are issued at a national level,” said a senior EU official, speaking on condition of anonymity due to the sensitivity of the topic.

Once the confiscation has been ordered by a court of justice, it will be up to national authorities to decide how to sell or auction the possessions.

The money will be then sent to Kyiv through a common EU fund or a bilateral agreement with the country.

What to do with the €300 billion in reserves of the Russian Central Bank poses an even greater dilemma.

Under international law, state assets enjoy immunity from execution. This means that, regardless of the changes the EU makes to its legislation, it will not be able to confiscate these reserves, which are spread across the bloc and other G7 countries.

In fact, the European Commission doesn’t consider these reserves to be “frozen,” like the lavish apartments owned by Russian oligarchs, but simply “immobilised” because the central bank cannot make use of them.

In the short term, Brussels intends to manage and invest the central bank’s reserves and re-direct the yearly proceedings into Ukraine’s reconstruction.

It’s unclear how much of this money is liquid (and ready to be invested) and how much is located in EU countries.

Under the European Commission’s plan, unblocking the reserves will be directly linked to a peace deal between Russia and Ukraine and the payment of war reparations.

But while ambitious on paper, the idea of managing the assets of a foreign country is highly complex, politically explosive and fraught with legal pitfalls.

“It’s not easy. It will require strong backing from the international community but we believe it’s doable,” said the senior EU official.

“There is no clear legal answer because there is no precedent. This is a new construction that we think we can defend.”

The European Commission’s document provides the foundation for what is expected to be lengthy and intense conversations between EU states on how to move ahead with confiscation.

Legal considerations will weigh heavily upon the debate, as the bloc is keen on preventing the confiscation from being challenged in court. A handful of individuals have been excluded from the list of EU sanctions after filing appeals contesting the decision.

Since Russia launched the war in Ukraine, the bloc has blacklisted 1,241 people and 118 entities, the majority of whom are nationals from Russia and Belarus.

In parallel with the confiscation plans, the European Commission has put forward several options to facilitate the international prosecution of the crimes committed by Russian forces in Ukraine, a task of similar difficulty that will require the endorsement of the United Nations.