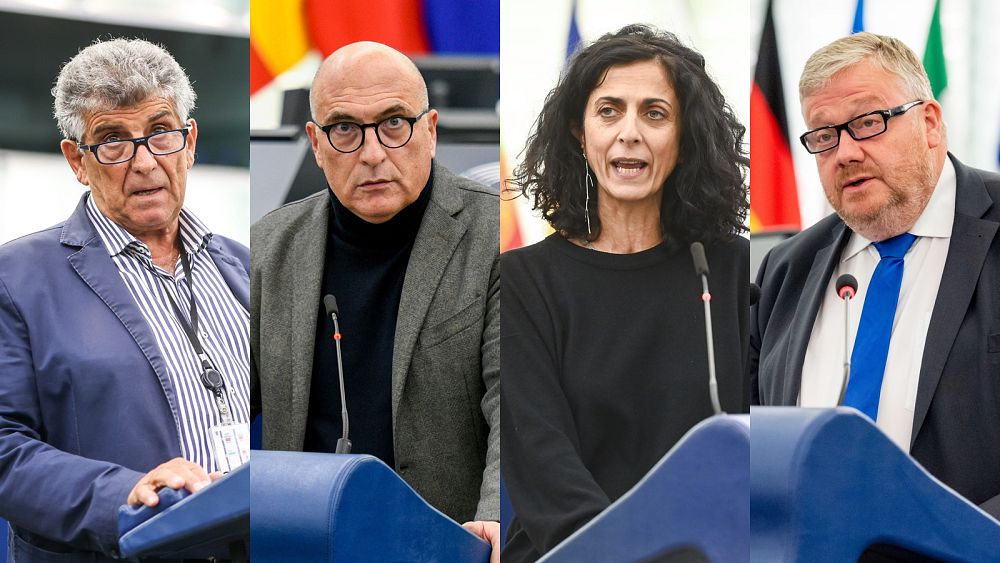 The socialist group in the European Parliament has asked several of its members to step down from key posts and legislative files as the graft scandal involving one of her most well-known colleagues, Eva Kaili, continues to widen and send shockwaves through Brussels.

The Socialists & Democrats (S&D), the second largest formation in the hemicycle, has come under intense scrutiny after Kaili was arrested on suspicion of illicit lobbying in favour of a Persian Gulf state, believed to be Qatar, the controversial host of the 2022 FIFA Men’s World Cup.

The move follows a new update by the Belgian federal prosecutor, who in a press release said the IT resources of ten parliamentary had been “frozen” to prevent the disappearance of data. A total of 20 searches have been carried out since Friday, with more than €750,000 seized.

Four people, including Kaili, remain in custody and will appear before a pre-trial hearing on Wednesday.

“My group and myself are shocked by this corruption case,” S&D President Iratxe García Pérez told reporters on Tuesday morning. “I want to make it clear that our commitment to transparency is, has been and will always be absolute.”

García expressed her “disappointment” and said her main concern was to protect the Parliament’s credibility, which, she said, must not be “tarnished” by the revelations.

On top of Kaili, whose membership was suspended over the weekend, an additional four MEPs have taken a step back while the investigation is ongoing, a spokesperson told Euronews.

None of them has so far been arrested or charged.

It is unclear how many of these MEPs took the decision on their own terms or were asked to step aside by the S&D leadership. Euronews has reached out to all of them asking for comment.

Maria Arena denied any “special relation” with the Qatari government and said her removal as subcommittee chair relates to one of her assistants, who long ago worked for the NGO Fight Impunity, an organisation involved in the corruption scandal.

The president and founder of Fight Impunity, former S&D MEP Pier Antonio Panzeri, was one of those arrested alongside Kaili.

“This is a personal decision in the interest of the work of the commission,” Arena told Euronews.

“Temporarily, I will not chair the sub-committee until the investigation clarifies the position of my assistant who, I remind you, is only concerned by this case by the fact that in 2001 she carried out a consultancy for the NGO Fight Impunity as an independent expert specialist in governance issues in Africa and, at that time, she was not my assistant.”

The offices of Tarabella, Bartolo and Cozzolino did not immediately reply to a request for comment.

Fight Impunity did not immediately reply to a request for comment.

‘Individuals who broke the rules’

As new twists and turns emerge in the ever-evolving story, the previous actions of certain MEPs are being perceived in a different light.

Just last month, Marc Tarabella delivered a speech defending Qatar’s labour reforms in the context of the World Cup, using similar arguments that those voiced by Kaili herself during the same plenary session.

“Much progress remains to be made, but (Qatar) is still the country that has embarked on the path of reform,” Tarabella said.

“What is important is that, when the lights of the World Cup have gone out, the positive evolution continues not only in Qatar, but it can spread to all the countries of the Arabian Peninsula.”

In early December, Kaili, Bartolo and Tarabella voted in favour of exempting visa requirements for Qatar and Kuwait, which would have allowed visa-free travel across EU territory for 90 days.

Cozzolino and Arena did not participate in that vote.

The file passed the civil liberties committee with 42 MEPs in favour and 16 against, and was expected to be sent to the full plenary. But after the scandal erupted, European President Roberta Metsola announced the visa-waiver discussions would be sent back to the committee in order to be re-examined.

Additionally, Tarabella and Kaili sat on the Parliament’s delegation for relations with the Arab Peninsula (DARP), which aims to strengthen cooperation with Gulf countries, including Qatar.

Hannah Neumann, the Green MEP who chairs DARP, said that, during her tenure, she has noticed “some embassies” trying to influence the committee’s decisions “much more aggressively than others.”

“It was quite obvious that a few colleagues from the S&D group had a strong pro-Qatari agenda. However, I never thought that in some cases this might be linked to illegal external interference and the allegations have shocked me,” Neumann told Euronews.

“If it turns out to be true that Qatar, or any other country, has tried to influence Members of the European Parliament by means of large bribes, this will be a heavy burden for diplomatic relations and also for my work with the delegation.”

With revelations mounting, Iratxe García said her party would launch its own inquiry to “learn lessons” from past mistakes and would present itself as an “injured party” in the legal case.

“This is not a corruption case that affects one political group, one country, one delegation,” García said. “It’s about individuals who broke the rules, individuals who have committed crimes, and individuals who must be held accountable before the law.”