Ukrainian family separated in EU due to documentation problems 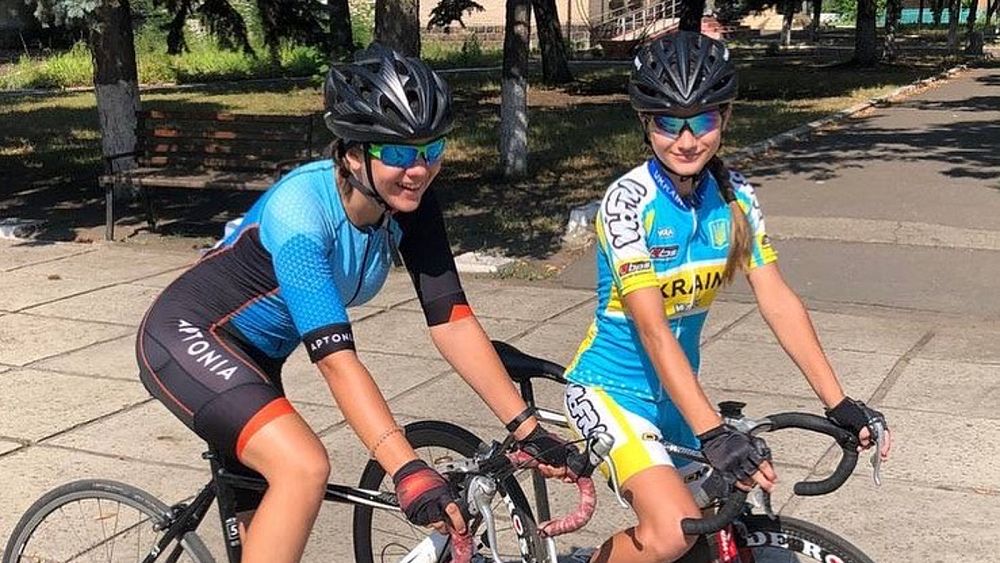 A Ukrainian family arriving in the EU was separated due to problems with their documentation being recognised, according to an NGO.

“Because of the war, many people lost their travel documents, as well as internal documents,” said Svitlana Botenko, from NGO Right to Protection. “Often the only thing they possess is [digital] identification.”

Through the NGO, the family recounted to Euronews their harrowing story of being separated upon arriving in Italy.

Karyna Voronova sent her 13-year-old daughter Ksenia, a keen competitive cyclist, to Italy at the beginning of the war to continue her training. The family split up as they left Ukraine in those early days, with Ksenia travelling to Italy with her grandmother.

But authorities in Italy determined that her grandmother Svitlana Osypova did not have the correct paperwork to prove she was Ksenia’s grandmother, the family said.

While Osypova was allowed to stay with her granddaughter, Ksenia was allegedly assigned different caretakers over the course of several months.

Ksenia’s mother became concerned and tried to reunite with her daughter through the Italian courts but she says this too was met with pushback.

“Nobody believed us. The papers were not taken seriously, everything we have shown was doubted as illegitimate or a forgery of some kind. I understood I had to go to my daughter immediately,” Voronova said in a statement.

Voronova believes that support from the local community in Sicily where they were staying, pushed the scales in her favour and allowed her to regain full custody of her child.

“The Italians have helped us a lot,” she said. “Everyone who could make a call has called [the] judge asking her to reunite the family. I feel this has affected the judgement.”

Ukrainian authorities eventually provided the validity the Italian court needed to close the case and allow the family to get custody of the daughter.

Since the beginning of the war in February, Italy has received around 6,000 unaccompanied minors from Ukraine, according to the Italian Ministry of Labour and Social Policies. The influx resulted as families raced to get their children out of the country.

Euronews has contacted the Italian authorities for comment but they did not respond at the time of publication.

Tetiana Luzan, the advocacy coordinator for the Ukrainian NGO Right to Protection, has experienced the desperation of Ukrainian parents firsthand.

“We have a hotline, and from the very first days, people were calling and they were ready to send their children just with anybody, literally just to save their lives,” she said.

According to the International Organisation for Migration (IOM), many Ukrainians do not try to leave the country without travel documents.

The IOM said however that the war has made physical documents difficult to access and maintain for migrants from other countries living in Ukraine.

Individual member states have taken steps to bridge any gaps.

Poland, for instance, has partnered with Ukrainian authorities to host offices in Warsaw in which Ukrainians can acquire a Ukrainian ID card or passport.

And in Slovakia, Ukrainians and others can apply for temporary refuge without travel documentation.

In a statement, the European Commission stressed that “the protection of children remains one of our key priorities,” adding that the recognition of digital documents is a decision that falls to member states rather than the EU itself.

Luzan and Botenko called for increased dialogue amongst EU countries and a common position on the digitalisation of travel documents.

Botenko added that Europe has developed such digital documentation before, citing the continent’s COVID-19 passport system developed in response to spikes in infections in 2021.

The next step, the Ukrainian NGO said, is for the EU to discuss this issue with their Ukrainian counterparts, including agreeing on common definitions for unaccompanied minors.

Doing so would provide European officials with a more accurate head count of Ukrainian migrants, especially minors, to make sure citizens returning to Ukraine have access to the resources needed to resume their lives there after the war.

“If we don’t know the number of children, how do we know that all unaccompanied minors…[are] returned to Ukraine once the war ended,” Luzan said.

Voronova, who is now living with her daughters in Kyiv, said there is still a lot of work to be done to fix the immigration system in the EU and to reunify Ukrainian families who are still separated.

“This situation remains absurd and horrifying to me,” she said. “I’m very sorry for all mothers who also found themselves in similar situations.”

She added that she has heard stories of similar situations to her own across Italy and stressed the importance of cooperation between Italian and Ukrainian authorities as the only way to solve this crisis.