What were the top stories in EU politics this week? 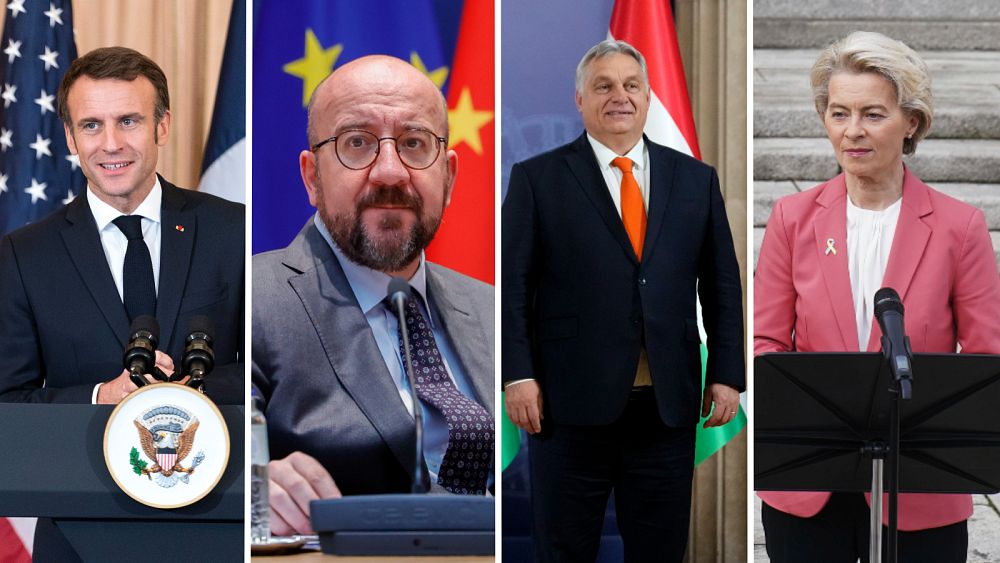 State of the Union is our weekly show from Brussels that brings you the top stories of the week.

Nearly three weeks before Christmas, Brussels said it wants to freeze billions of euros in EU funds for Hungary over concerns about democratic weaknesses and failures to tackle corruption.

In September, the European Commission already threatened to suspend payments for Budapest, as it feared Prime Minister Viktor Orban’s government could not guarantee proper use and oversight of the money.

Hungary had until mid-November to implement a series of anti-corruption measures, but that did not happen.

On Wednesday, Didier Reynders, the European Commissioner for Justice said that without the reforms there would be no money.

“These milestones are binding and time-bound,” he told reporters in Brussels. “They are so-called super milestones. This means that they need to be fully met and implemented before Hungary’s first payment request under the RRF (Recovery and Resilience Facility).

“There is no partial payment for partial fulfilment here, and should this reform later be undone or watered down after receiving the first payment, subsequent payment requests will be denied.”

Across the pond, EU relations with the United States continued to take a downward turn, due to US President Joe Biden’s plan to subsidise US-made sectors as part of an inflation reduction act.

The Europeans are worried their companies will be left out in the cold, which could seriously test the transatlantic partnership.

French President Emmanuel Macron went to the US capital to try and obtain a carve-out for EU companies and did not come away empty-handed.

“There’s tweaks that we can make that can fundamentally make it easier for European countries to participate and, or be on their own, but that is something that is a matter to be worked out,” Biden said on Thursday.

“I never intended to exclude folks who were cooperating with us. That was not the intention. We’re back in business, Europe is back in business. And we are going to continue to create manufacturing jobs in America, but not at the expense of Europe.”

European businesses back home will be waiting to see what exactly this means though and whether any EU exception actually materialises.

On Wednesday, Brussels stepped up its work to confiscate the Russian-owned assets that have been frozen under EU sanctions and use them to finance the costly reconstruction of Ukraine.

The plans, which include re-investing the international reserves of the Russian Central Bank, represent a challenge without precedent for the bloc and are ridden with legal risks and obstacles.

“Russia and its oligarchs have to compensate Ukraine for the damage and cover the costs for rebuilding the country.”

The World Bank initially estimated the cost of reconstruction and recovery in Ukraine to be close to €350 billion, but the European Commission later put the figure around €600 billion. The number is expected to increase as the war goes on.

In the midst of an economic downturn, confiscating and selling frozen Russian assets has emerged as a potential avenue to raise money for the cash-strapped authorities in Kyiv.

European Council President Charles Michel made his way to Beijing on Thursday, calling on Chinese President Xi Jinping to exert his influence over Russia to end its war on Ukraine.

The meeting between the two men in Beijing lasted more than three hours and also touched upon human rights, Taiwan, trade relations and climate change.

“I urged President Xi, as we did at our EU China summit in April, to use his influence on Russia to respect the UN charter,” Michel told a press conference.

His spokesman had earlier said that “both leaders stressed that nuclear threats are irresponsible and highly dangerous.”

Xi was quoted by state broadcaster CCTV as saying that “solving the Ukrainian crisis through political means is in the best interest of Europe and the common interest of all countries in Eurasia.”

“Under current conditions, we must avoid escalation and expansion of the crisis and work for peace,” Xi said.