Who is Eva Kaili, the MEP at the centre of the corruption scandal? 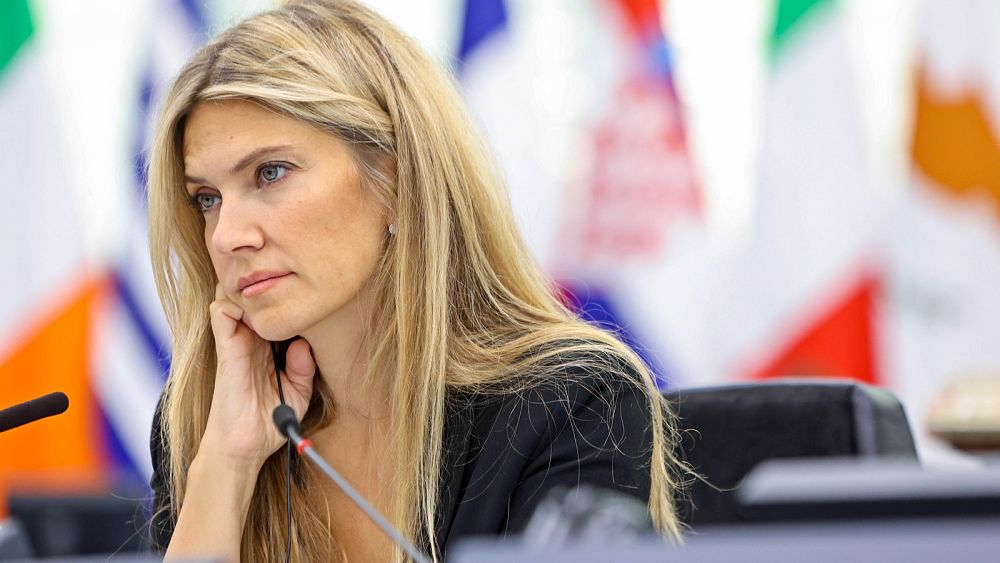 Eva Kaili is the name on everyone’s lips in Brussels.

The Greek Member of the European Parliament was arrested on Friday by Belgian police as part of a “major investigation” and has been charged with “participation in a criminal organisation, money laundering and corruption.”

Kaili is suspected of illicit lobbying in favour of a Persian Gulf state, which Belgian media has identified as Qatar, the controversial host of the 2022 FIFA World Cup.

The legislator was reportedly “caught in the act,” the only circumstance that triggers an immediate revocation of parliamentary immunity. Her father, Alexandros, and her husband, Francesco Giorgi, were taken for questioning too for their alleged role in the scheme.

The scandal has unleashed a storm in Brussels, with new twists and turns emerging almost by the hour.

But who exactly is Eva Kaili?

A graduate of architecture, civil engineering and European affairs, Kaili started off her career as a journalist for MEGA Channel in her native Greece.

By 2007, she was already a national lawmaker in the Hellenic Parliament, as a member of PASOK, the social-democrat party that was then one of the leading political forces in the Mediterranean country.

When Papandreou faced a vote of confidence in 2011, Kaili initially refused to support him, but she later changed her mind and all PASOK lawmakers backed their PM.

As the Greek crisis worsened, Kaili ran for the European Parliament and was elected in 2014. She joined the powerful Socialist & Democrats (S&D) group, the second largest formation in the hemicycle, and quickly acquired a reputation as media-friendly and approachable.

Kaili grew her profile as a legislator by becoming deeply involved in the EU’s increasingly prominent digital agenda, getting her hands on complex files such as artificial intelligence, cybersecurity and blockchain.

Over the years, she has been part of a variety of committees, including as a substitute member in the Delegation for relations with the Arab Peninsula (DARP).

As of 2021, her post-tax salary as MEP amounted to €7,146 per month, together with a monthly general allowance of €4,778 and reimbursed travel expenses.

Kaili’s rising career peaked in January when she was named one of the 14 vice-presidents of the European Parliament, a position that reflected her standing among her socialist colleagues.

But her political ascent has come to an abrupt end.

After her shocking arrest on Friday, the 44-year-old was expelled from PASOK and suspended from the S&D group, while her personal assets were frozen by Greek authorities.

Her previous speeches and interventions came immediately under renewed scrutiny, with journalists searching for clues that might hint at an improperly close relationship with Qatar.

Weeks later, Kaili delivered a speech before the European Parliament in which she praised Qatar’s labour reforms and described the country as “good neighbours and partners.”

“Today, the World Cup in Qatar is proof, actually, of how sports diplomacy can achieve a historical transformation of a country, with reforms that inspired the Arab world,” she said.

Kaili accused Europeans of holding double standards against Qatar because, in her view, they are keen to buy its liquefied natural gas (LNG) to mitigate the energy crisis while at the same time calling for an international boycott of the World Cup over the exploitation of migrant works and the violation of LGBTQ+ rights.

“(Qataris) committed to a vision by choice, and they opened to the world. Still, some here are calling to discriminate them,” the MEP said.

“They bully them and they accuse everyone that talks to them or engages (with them) of corruption. But still, they take their gas, they have their companies profiting billions there.”

In December, she took part in a vote of the parliament’s civil liberties committee that centred on visa liberalisation for Kuwait and Qatar, which was approved with 42 votes in favour and 16 against.

Kaili, however, was not a member of that committee and it is unclear why she was even there.

As the scandal unfolded in Brussels and reverberated across the continent, the Qatari government distanced itself from the disgraced legislator.

“Any association of the Qatari government with the reported claims is baseless and gravely misinformed,” the Qatari Mission to the European Union said in a statement.

Kaili’s team did not reply to several media requests sent by Euronews.

Her office in Brussels remains sealed, with a piece of paper posted on the door stating “access forbidden.”