Former President Donald Trump’s tax returns have been a long-standing mystery to American voters. But now that House Democrats finally have access to six years of Trump’s taxes, speculation is growing about what could happen next. On one hand, there is mounting political pressure to share the information with the public, while on the other hand, Democrats are weighing the potential fallout if there’s not a treasure trove of financial entanglements as anticipated.

Here’s what else you need to know to Get Up to Speed and On with Your Day.

(You can get “5 Things You Need to Know Today” delivered to your inbox daily. Sign up here.)

For the first time, US scientists have successfully produced a nuclear fusion reaction resulting in a net energy gain, a source familiar with the project confirmed to CNN. The discovery would be a massive step in a decadeslong quest for a new form of clean energy that could eventually power your house and help end dependence on fossil fuels. Researchers have attempted for decades to recreate nuclear fusion – the result when two or more atoms are fused into one larger one – a process that generates a massive amount of energy as heat. Scientists across the globe have been inching toward the achievement, but ultimately, it was the National Ignition Facility at the Lawrence Livermore National Laboratory in California that made the discovery. The US Department of Energy is expected to officially announce the breakthrough today.

About 15 million people in a dozen states are under winter weather alerts today as a massive coast-to-coast storm continues to head east. The storm system has already caused huge snowfalls in California and is on track to strengthen today, forecasts show. Meteorologists warn the storm will bring dangerous blizzard conditions in the Great Plains, icy weather in the upper Midwest, and severe storms along the Gulf Coast. Some areas inside the blizzard warnings could receive as much as 20 inches of snow, with winds strong enough to knock down tree limbs and cause power outages. Meanwhile, the southern end of the storm is expected to bring late-season tornadoes along with strong thunderstorms and large hail.

President Joe Biden today will sign into law a bill passed last week by Congress that mandates federal recognition for same-sex and interracial marriages. The White House is planning to mark the occasion with a ceremony built to a scale that it believes is fitting for the moment, with one official saying it was planning to simply “go all out.” This comes a little more than 10 years after Biden shocked the country with an unexpected declaration in support of same-sex marriage for the first time in an interview on NBC’s “Meet the Press.” Biden’s remarks in 2012 marked a stunning personal evolution for the then-vice president, who once as a senator had voted to block federal recognition of same-sex marriages and previously insisted that marriage should only take place between a man and a woman.

As the US approaches two years since its first Covid-19 vaccinations, a new study shows the vaccines have kept more than 18 million people out of the hospital and saved more than 3 million lives. Researchers from the Commonwealth Fund and Yale School of Public Health found that without Covid-19 vaccines, the nation would have had 1.5 times more infections, 3.8 times more hospitalizations and 4.1 times more deaths than it did between December 2020 and November 2022, according to the study. To date, Covid-19 has caused at least 99 million cases and more than 1 million deaths in the US, data from the CDC shows. The study estimates that the vaccinations were also a good financial bet, saving the US $1.15 trillion in medical costs.

More than 2,400 migrants crossed into the US near El Paso, Texas, daily over the weekend, a senior border official said, marking what he described as a “major surge in illegal crossings” in the region. Officials have been raising concerns that a wave of migrants will occur when the Trump-era border policy known as Title 42 ends on December 21. The Biden administration is asking Congress for more than $3 billion as it prepares for the end of the policy, according to a source familiar with the request. “The team has been working really hard to ensure we’re taking steps to manage the expiration of Title 42 and put in place a process that’s orderly and humane. And we believe in doing so, we can protect our security concerns,” national security adviser Jake Sullivan said Monday. Since March 2020, border officials have turned away migrants at the US-Mexico border more than 2 million times.

The 2022 World Cup semifinals kick off today with a highly anticipated match between Argentina and Croatia at 2 pm ET. Argentina and its star player Lionel Messi are just two matches away from winning the country’s first World Cup since 1986 – and Messi’s first in the famous blue and white shirt. But make no mistake, Argentina will have its work cut out if it’s to reach the final. Join CNN’s coverage of the 2022 World Cup here.

The oldest member of the K-pop supergroup BTS began his mandatory military service in South Korea today. He even showed off his new buzzed haircut before heading inside the army training center.

Elon Musk booed off stage at a Dave Chappelle show

The billionaire was expecting a warm welcome from the crowd… instead, he was loudly booed for several minutes. Watch the video here.

‘Tis the season! The new royal Christmas card is quite elegant, in a beautifully understated way.

The strongest meteor shower of the year will happen tonight

Mark your calendars, stargazers. Here’s how to watch the stellar show.

Cher mourns the loss of her mother, Georgia Holt

Condolences are pouring in for the legendary singer who posted on social media, “Mom is gone,” alongside a sad-face emoji.

That’s how many people are unable to access their crypto funds following the collapse of the failed exchange platform FTX. Sam Bankman-Fried, the founder of the company, was arrested in the Bahamas on Monday after US prosecutors filed criminal charges against him. Today, the Securities and Exchange Commission charged him with defrauding investors, saying he “orchestrated a years-long fraud” to conceal from FTX investors the diversion of customer funds to Alameda Research, his crypto trading firm. Bankman-Fried has denied accusations that he defrauded FTX’s customers.

“I plan to stay out of Arizona politics.”

– Senate Majority Whip Dick Durbin, on whether Democratic Party leaders should distance themselves from Sen. Kyrsten Sinema’s potential 2024 race if she runs for reelection in Arizona. After Sinema’s surprise decision to become an independent, Democratic leaders are trying to handle the politically fraught situation delicately because a misstep could have serious ramifications for their party. If Sinema runs for a second term but party leaders put their muscle behind a Democratic candidate instead, the electorate could splinter in the purple state and help Republicans win back a critical seat. Plus, backing a Democrat in the race could also risk alienating Sinema, whose decision to align with her former party essentially solidifies its 51-49 majority. 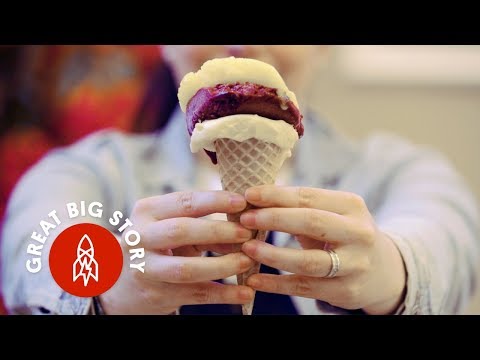 Unlike your typical scoop of ice cream, this version is sticky, stretchy, and most importantly – doesn’t melt. (Click here to view)